A fire destroys tens of dunums in al-Sulaymaniyah 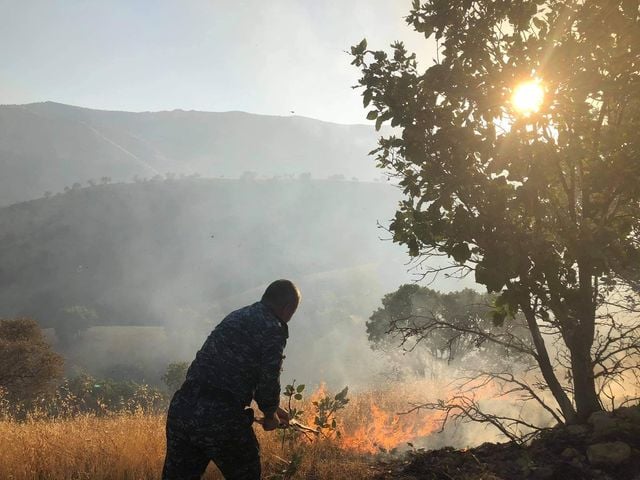 Shafaq News / The Forestry and Environment Police Directorate in al-Sulaymaniyah announced on Tuesday that a fire broke out in tens of dunums and natural pastures in the governorate.

The directorate said in a statement today that the fire broke out in Mawet district, noting that the Forestry and Environment Police detachments rushed to the scene of the accident, and in cooperation with the Civil Defense teams and the residents of the village, they were able to control the fire.

High temperatures and the neglect of some citizens cause repeated fire accidents every year, as by the statement.

The statement noted that about 20 dunums of vineyards and 30 dunums of natural meadows were burned, pointing out that investigations are ongoing to find out the causes of the fire.