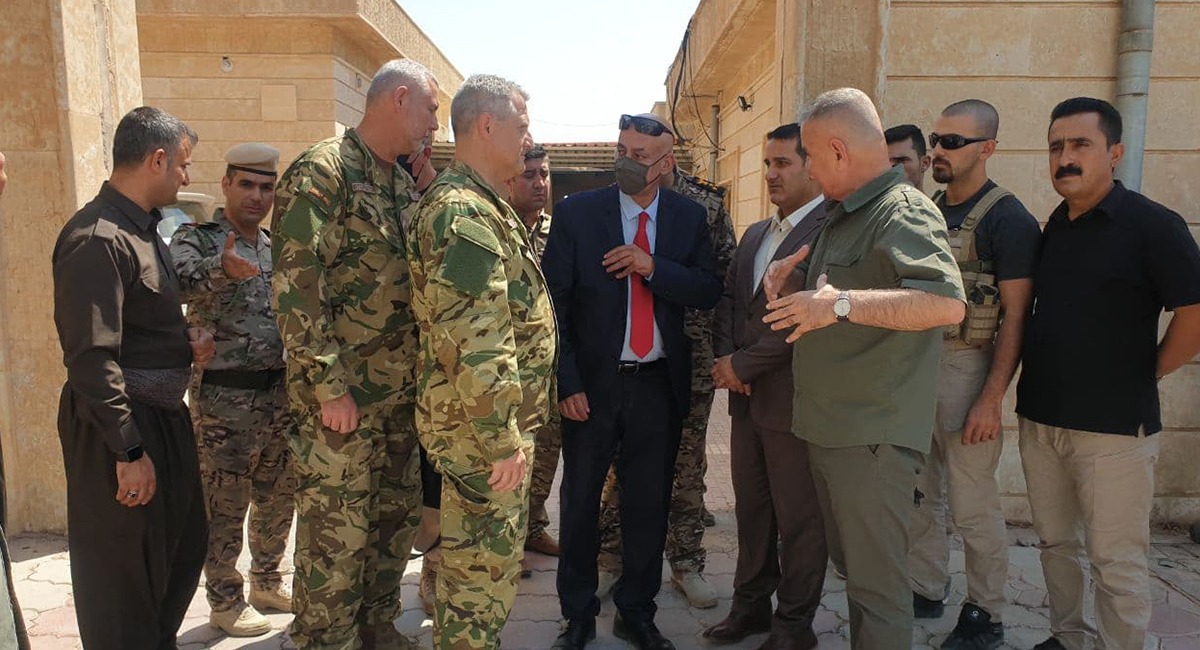 Shafaq News/ A Hungarian political and military delegation headed by the Consul arrived in Garmyan.

Shafaq News correspondent said that the Delegation met with Peshmerga leaders in Garmyan to discuss “the mechanism of joint action to confront ISIS dangers in the areas adjacent to the Garmyan administration.”

Recently, ISIS escalated and carried out frequent attacks in the disputed areas between Erbil and Baghdad where there is an absence of the Peshmerga and the Iraqi forces.

It is noteworthy that the Minister of Peshmerga, Shoresh Ismail, had recently announced that the ministry had reached a final agreement with the Iraqi Ministry of Defense to restoring stability to the Kurdish areas outside the borders of the Region.