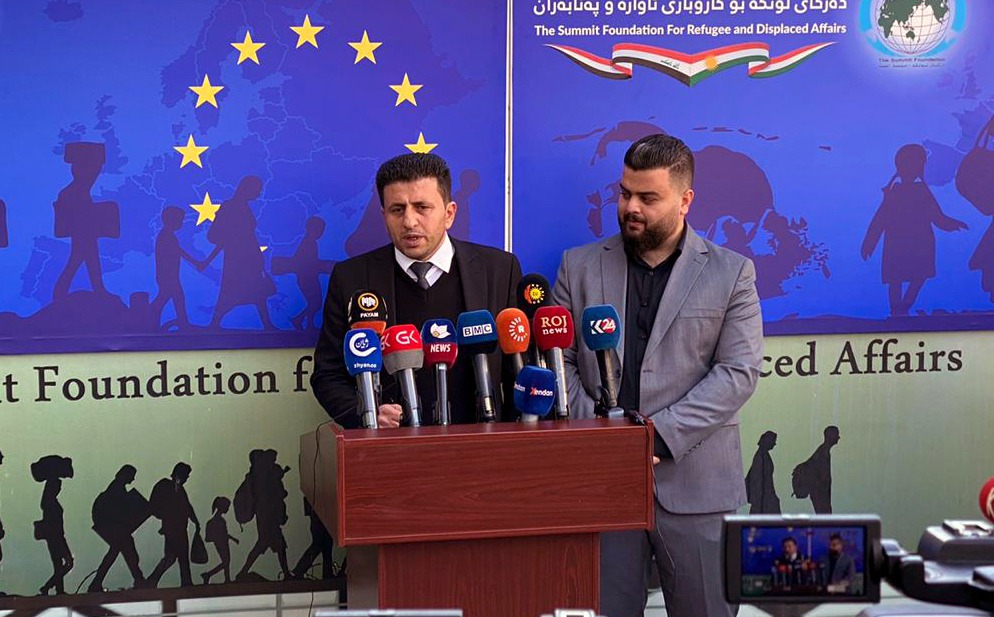 Shafaq News/ The head of the Summit (Lutka) Foundation for Refugee and Displaced Affairs, Ari Jalal, announced today that the foundation, in coordination with the office of Qubad Talabani, Vice President of the Kurdistan Regional Government, will return 55 Iraqi Kurdish immigrants to the region after the Turkish authorities handed them over to the Jabhat al-Nusra in Syria.

"Preparations have been made with the Ministry of Migration and Displacement and the Iraqi Ministry of Foreign Affairs, and the foundation is now waiting for the completion of legal procedures with the Turkish government to return all migrants," Jalal said, noting that the refugees' health condition is good, and that they are now safe in a camp.

The organization had revealed, last August, that the Turkish authorities had handed over dozens of Kurdish immigrants from the Kurdistan Region to Jabhat al-Nusra in northern Syria.

A statement by the organization at the time said, "The Turkish authorities have handed over about sixty Kurdish immigrants from Southern Kurdistan (Iraqi Kurdistan) to Jabhat al-Nusra militants in northern Syria