1,872 Kurdish migrants return from Belarus to the region 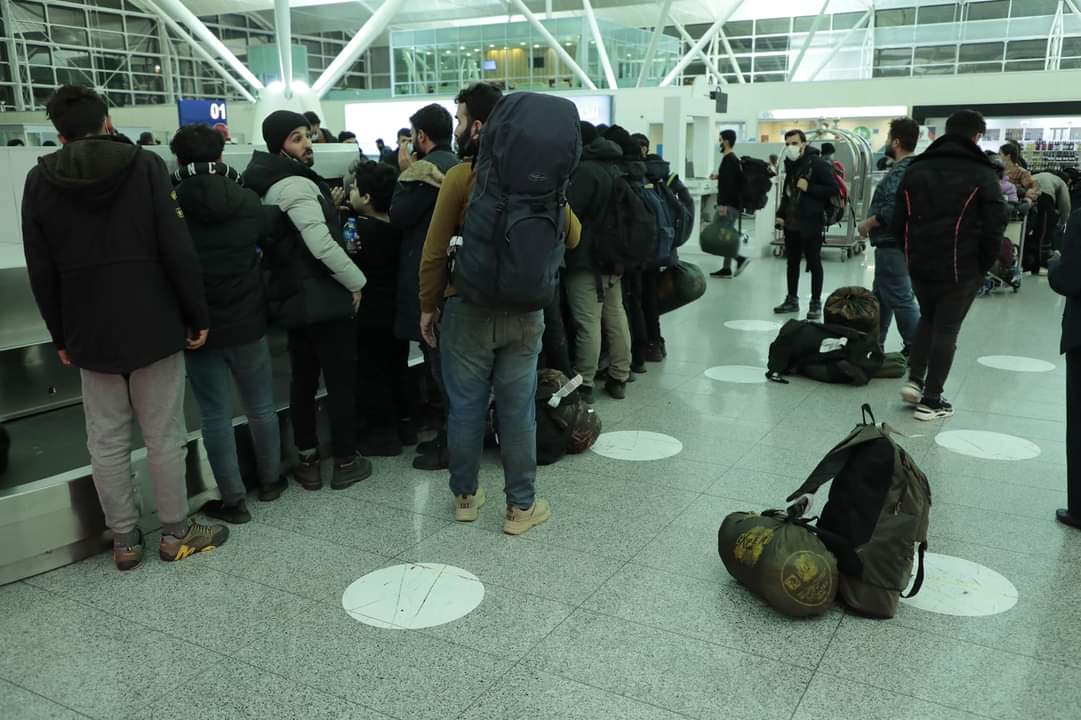 Shafaq News/ The Information and Media Department of the Kurdistan Regional Government announced that 1,872 Kurdish migrants voluntarily returned from Belarus to the region.

The department said in a statement that flights are ongoing, and those who wish to return from the Belarusian border can do so now.

He added that the number of flights was originally five. The first flight included 424 migrants, the second included 176, the third included 432, the fourth 420 citizens, and the last was also 420.

Lutke: bodies of 16 Kurdish migrants who drowned in the French canal to be repatriated

Kurdistan Parliament: 300 Kurds will be repatriated on today's flight from Minsk; more to follow