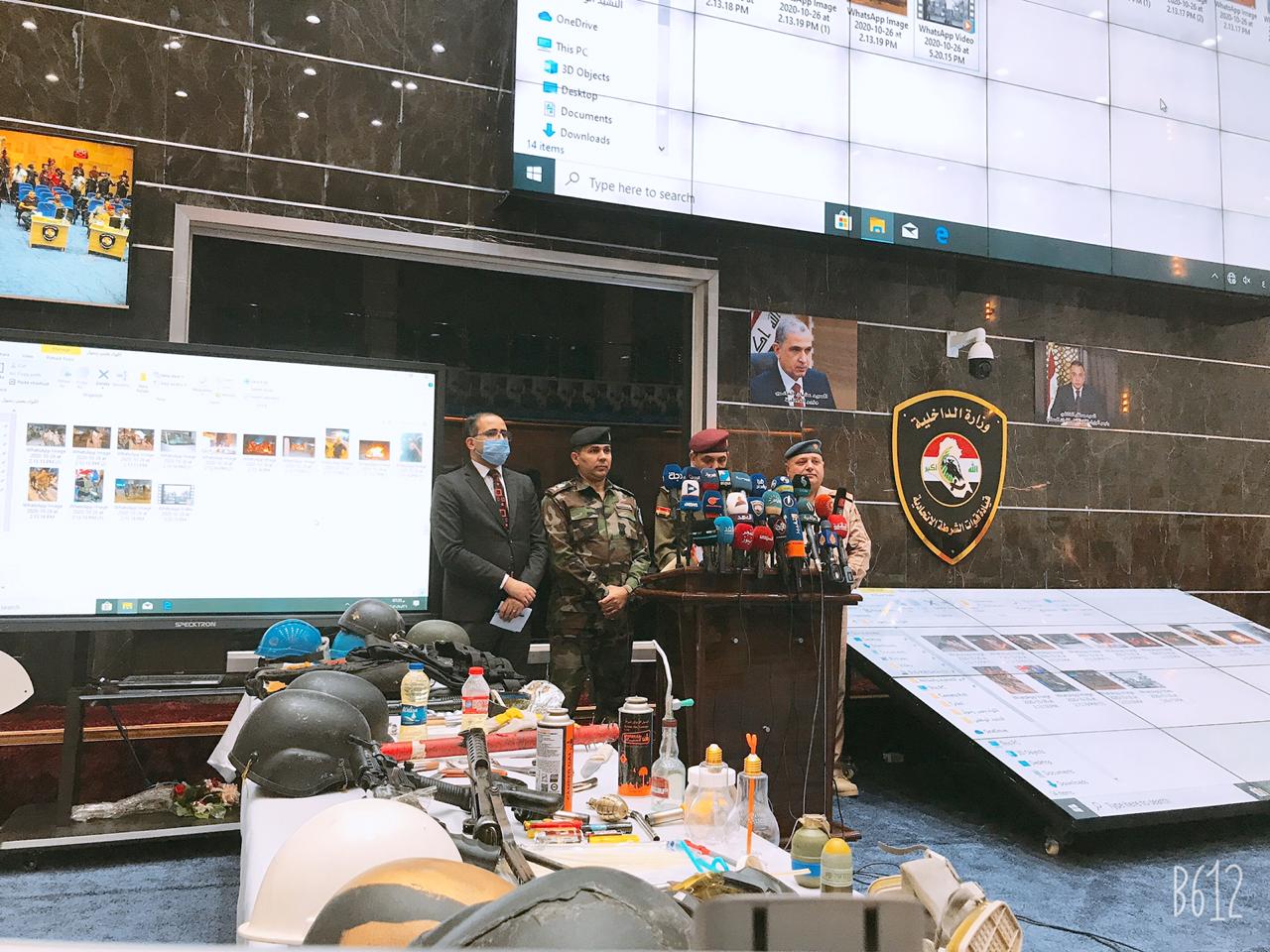 Shafaq News/ A joint press conference for the Ministries of Health and Interior, in addition the Commands of Joint Operations and Armed Forces announces the outcomes of the second day of the demonstrations on the first anniversary of October 25.

200 security personnel and 40 demonstrators sustained injuries in the demonstration taking place on the first anniversary of October 25 popular protests in Iraq, according to the Ministry of Health.

Iraqi health spokesman, Saif Al-Badr, said in a press conference with security leaders, "We received more than 200 injuries from the security forces, 25 of which were serious".

He also indicated that 40 civilians were injured, referring to the demonstrators in the protest taking place in Baghdad.

He also reported the arrest of a group that attacked the medical staff, warning of "rumors aimed at disturbing the relationship between the security forces and the demonstrators".

Maan added, "We saw a great response from the activists in the protest squares".

For his part, the spokesman for the Commander-in-Chief of the Armed Forces, Major-General Yahya Rasoul said, "The security forces are performing their duty to protect demonstrators and public and private property".

He added, "Hundreds of Molotov cocktails were being thrown at the security forces, causing the injury of dozens of security personnel".

Rasul said, "targeting the security forces by groups is a bad message to the world", adding, "investigations into the killers of the demonstrators are underway".

For his part, the spokesman for the joint operations command, Major-General Tahsin Al-Khafaji, said that the security forces were subjected to 1500 attacks with Molotov cocktails.

Baghdad and other governorates in the center and south of the country have been witnessing since yesterday, Sunday, widespread demonstrations on the first anniversary of the unprecedented protests that toppled the previous government headed by Adel Abdul Mahdi.

Dozens of demonstrators and security personal were injured in the clashes that took place during the demonstrations.