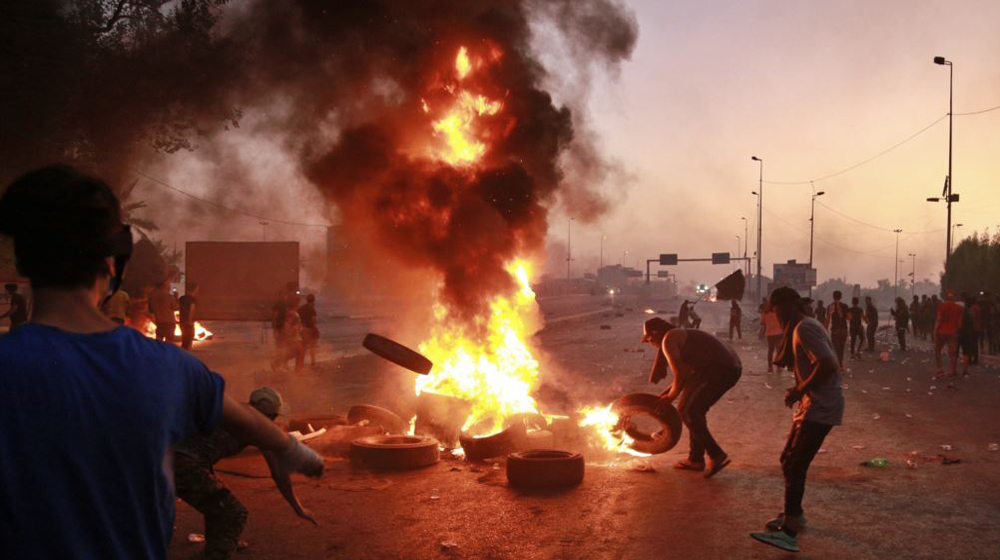 Shafaq News/ Seven demonstrators reportedly sustained varying injuries after a group of unidentified assailants assaulted them while demonstrating to demand the dismissal of local officials in Wasit.

The demonstrators were demanding the dismissal of the sub-district administrator and the head of the Municipality.

Both local officials belong to the Sadrist movement, according to the source.