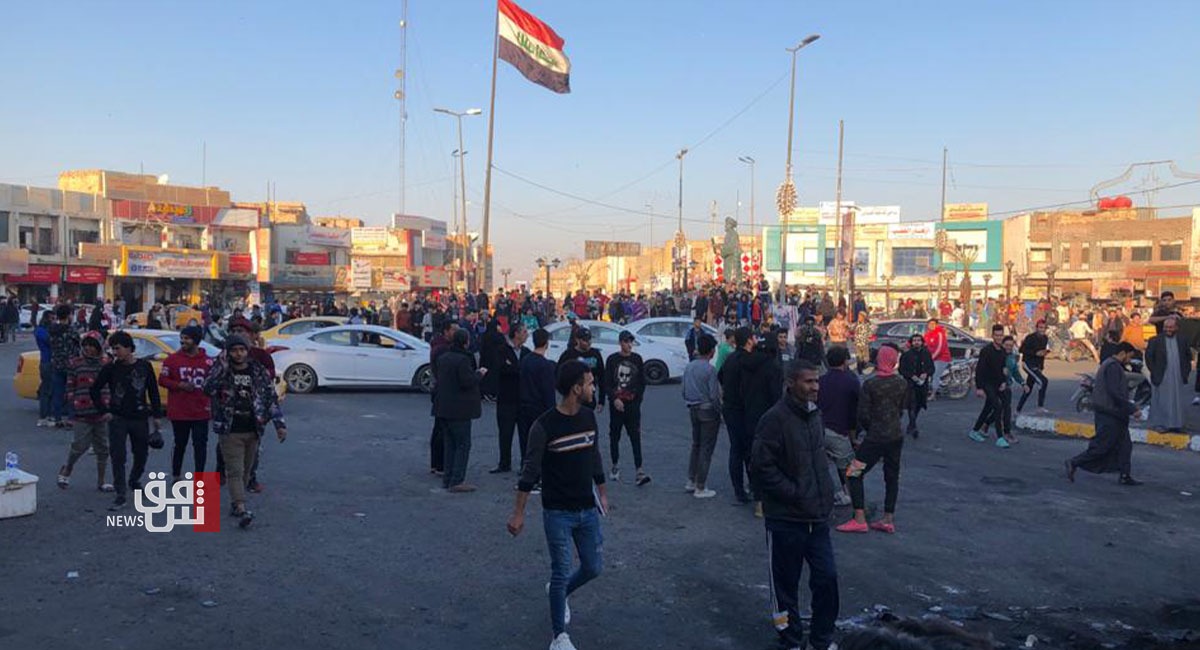 Shafaq News/ Violent clashes between demonstrators and security forces in the city of Nasiriyah, Dhi Qar governorate, on Monday has left two dead and 17 injured, as law enforcement attempts to dislodge the protesters.

A source in Nasiriyah told Shafaq News Agency, "two demonstrators were killed and four were injured, two of them are in critical state. On the other hand, 12 security officials sustained varrying injuries."

Demonstrations demanding the dismissal of the provincial council in the Dhi and the incumbent governors took a bloody turn as demonstrators clashed with security forces near the headquarters of the governorate.