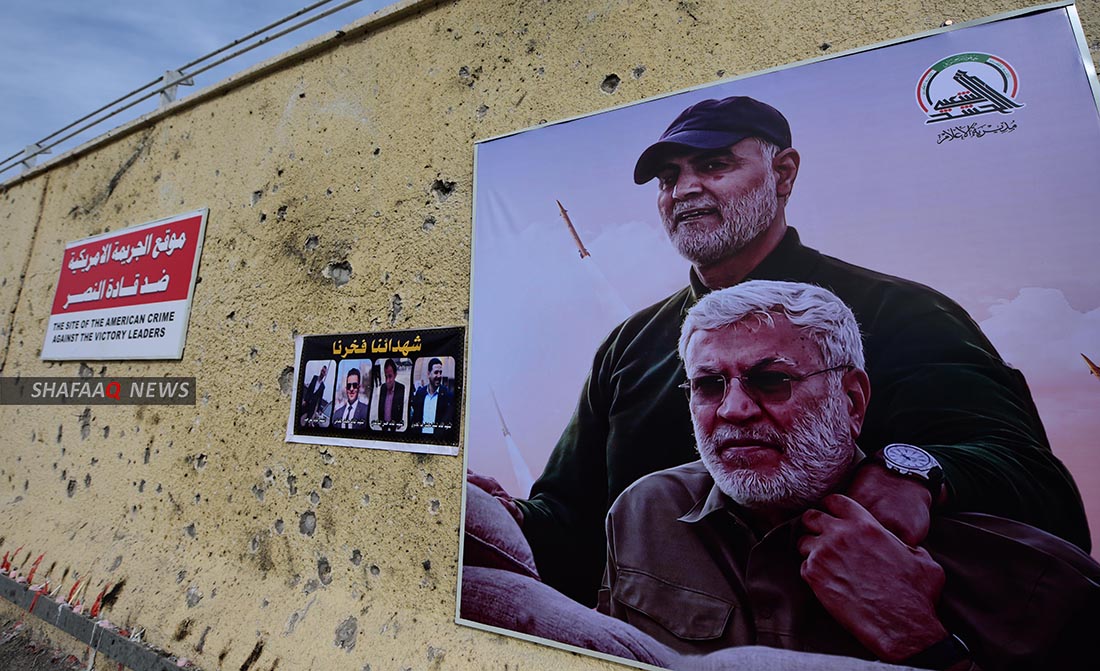 Shafaq News / Former Iraqi Prime Minister Haider al-Abadi revealed that the aircraft that targeted the commander of the Quds Force in the Iranian Revolutionary Guard, Qassem Soleimani, and the deputy head of Al-Hashd Al-Shaabi, Abu Mahdi al-Muhandis, near Baghdad airport, had an Iraqi approval.

An Iraqi security source told Shafaq News Agency, that aircraft must obtain prior approval from the joint operations command, which are directly related to the Prime Minister."

Adel Abdul-Mahdi was heading a caretaker government, at the time, after submitting his resignation late last year under the pressure of popular protests.

Over the past few weeks, the US embassy has withdrawn nearly half of its staff in Baghdad amid fears of reprisal violence on the first anniversary of the assassination of Soleimani and Al-Muhandis.

Haider al-Abadi warns of upcoming collapse and reveals his position on Biden, Saudi Investment, Islamic Dawa Party, and the Kurds