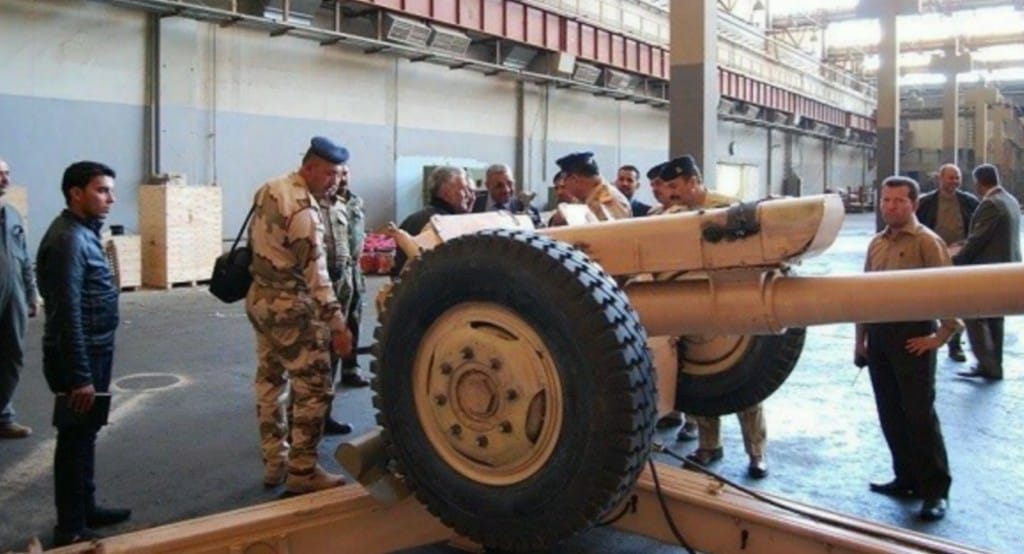 Shafaq News / MP of al-Anbar Governorate, Faisal Al-Issawi, announced today that the Military Industrialization Commission had signed a memorandum to provide the Iraqi army with weapons and military equipment.

Al-Issawi told Shafaq News agency that the Minister of Defense, Jumah Inad, and the head of the Military Industrialization Commission, Muhammad al-Darraji, visited today the headquarters of the Authority’s Industrialization Company in al-Amiriyah district, east of al-Anbar, to learn about the manufacture of military vehicles.

He added that a partnership and cooperation agreement was signed between the Ministry of Defense and the Military Industrialization Commission to support the security forces.

Al-Issawi pointed out that the Commission's subsidiary companies in the al-Amiriyah, “are the largest manufacturers of artillery and military optics, and were protected by the tribes during the occupation of the governorate by ISIS,” adding, “the head of the manufacturing commission expressed his readiness to provide the necessary support to these companies to complete the production lines and equip the security forces."

"A memorandum of understanding was signed to equip the Iraqi army with military weapons, including artillery, mortars, rocket launchpads, night and day binoculars, and various parts for various weapons, in addition to forming a joint committee to follow up the completion of the process, whose completion rate has already reached 90% and will be completed within two months", he said.