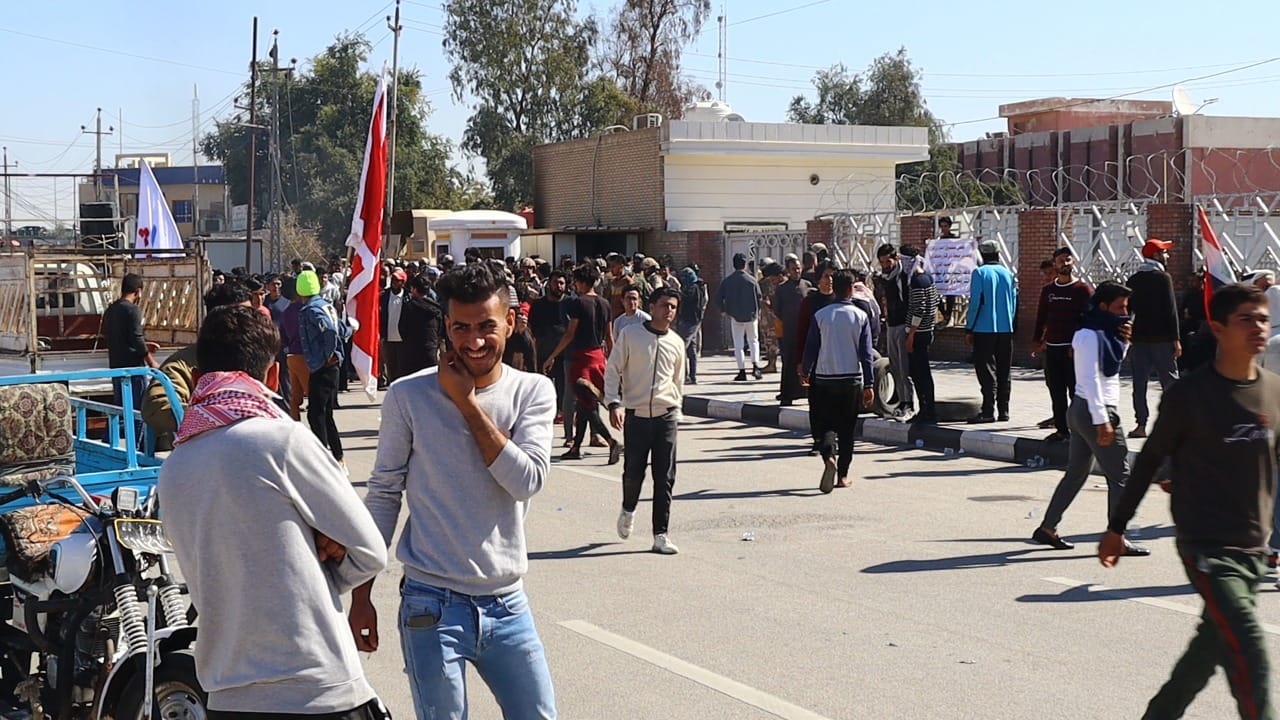 The source told Shafaq News agency that the confrontations between the two parties are still underway, noting that the protestors blocked al-Nasiriyah bridge.

The deputy commissioner of Karma district, Ali Salih al-Helo, told Shafaq News agency that the people demonstrating in front of the governorate's headquarters are not residents of the district and they probably came from al-Haboubi square.

The security forces detained 17 protestors, and work is underway to release them in cooperation with the Dhi Qar police command, al-Helo added.