Six members of PMF injured by an explosive device 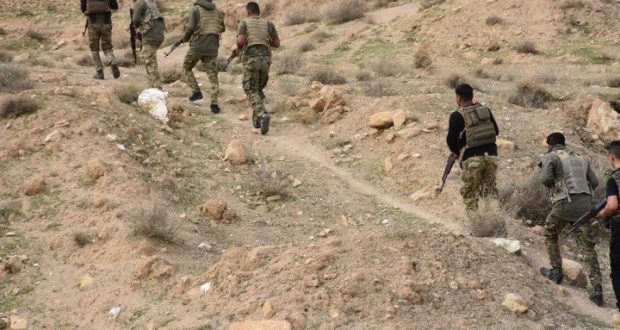 Shafaq News/ Six fighters from the Sixth Brigade in Al-Hashd Al-Shaabi (Popular Mobilization Forces-PMF) sustained injuries on Tuesday by an explosive device targeting Major-General Haider Al-Asadi upon his supervision to the operations at Makhoul Mountains.

PMF said in a statement today that Major-General Al-Asadi was unharmed, one of the six members injured is in a critical status

Meanwhile, the Security Media Cell announced that a joint force from the 2nd Brigade in the Rapid Response Division and the Special Operations Brigade of the Federal Police, while clearing the highest peak in Makhoul mountain, managed to destroy five dens, four tunnels, and more than ten observatories, and detonated 27 different explosive devices.

On Sunday morning, a joint military operation was launched to inspect and clear Makhoul mountain area in the northern Saladin Governorate from ISIS members.