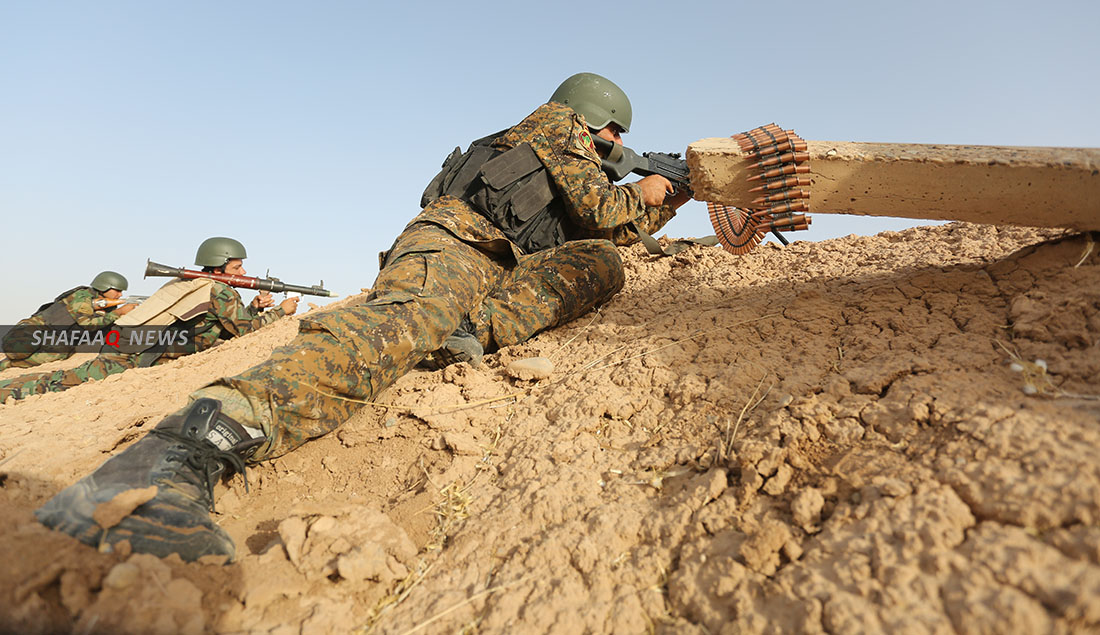 Shafaq News / The Security Media Cell announced, on Sunday, that several ISIS hideouts and tunnels were destroyed and a number of its members were killed in separate operations in the Diyala sector.

In a statement, the cell said that after the security forces launched this morning, under the supervision of the Joint Operations Command, an operation to inspect and comb the mountain range surrounding Lake Hamrin and the surrounding areas, the security forces destroyed four dens and a tunnel, detonated an explosive device, killed five ISIS terrorists, and destroyed two vehicles belonging to the terrorist organization.

In the same context, al-Hashd al-Shaabi managed, according to the statement, to seize, "a crossing, two vehicles, and a motorcycle," while the Rapid Response Forces managed to destroy four dens three explosive devices, two tunnels and three mortar bombs.