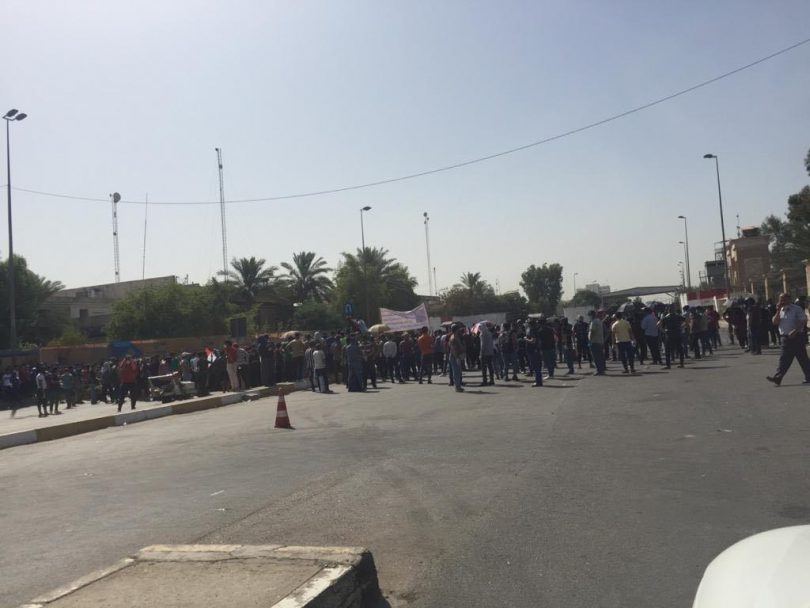 Shafaq News/ Scores were injured in clashes between law enforcement and demonstrators from the Defense Mobilization near the Green Zone, downtown the Iraqi capital, Baghdad.

The fighers, who are enrolled on the payroll of the Ministry of Defense, organized a demonstration to demand disbursing their unpaid salaries, a source revealed.

The source told Shafaq News Agency that five demonstrators and three law enforcement officers were injured in the confrontations.

MoH's fire was caused by an electrical short-circuit, MP says