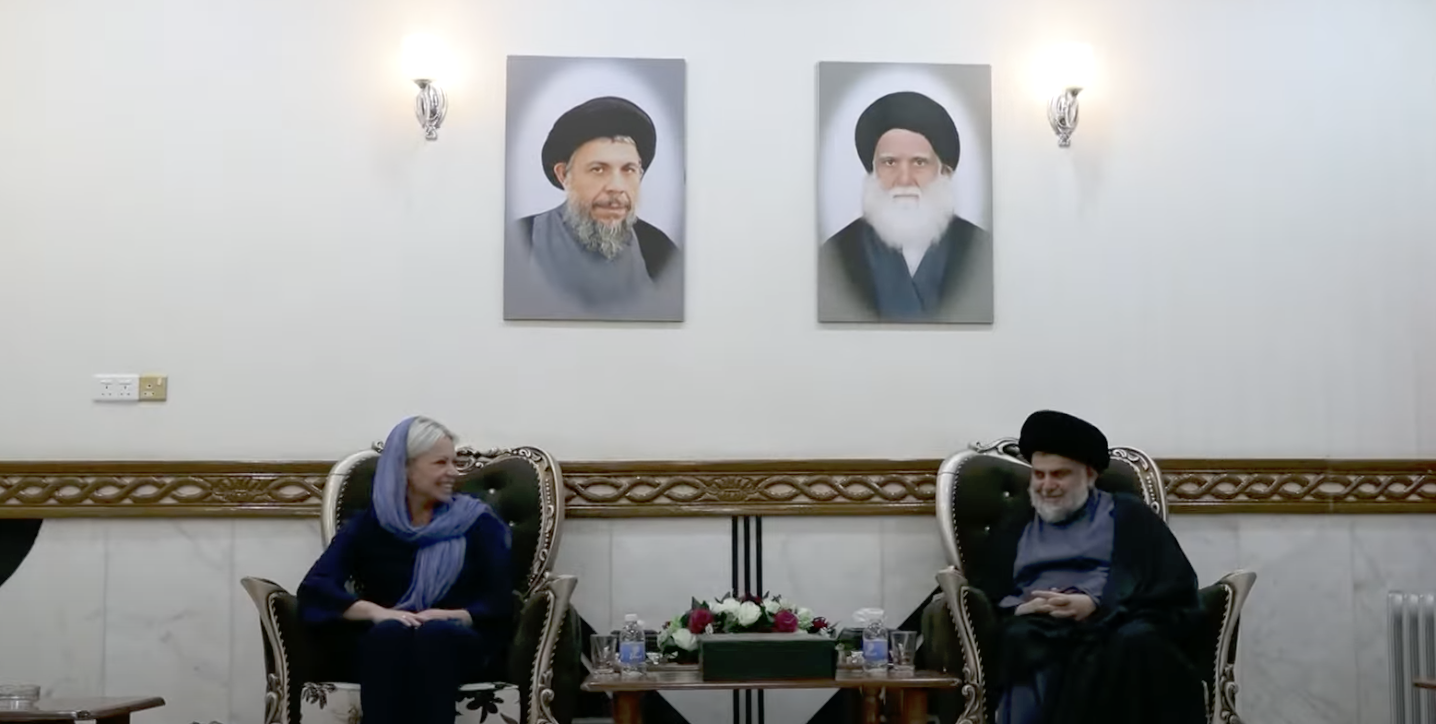 Shafaq News/ A leading figure of the Sadrist movement said that the visit of the Special Representative of the Secretary-General for the United Nations Assistance Mission for Iraq (UNAMI), Jeanine Hennis-Plasschaert, to al-Hanana came to "converge the views" between the influential political forces on the Iraqi arena.

On Tuesday morning, the leader of the Sadrist movement, Muqtada al-Sadr, received Plasschaert, at his headquarters in Najaf.

UNAMI chief's unannounced visit comes only a few hours ahead of a scheduled visit of the Coordination Framework leaders to al-Sadr's residence.

Former MP Riad al-Masoudi told Shafaq News Agency, "Plasscchaert's meeting with al-Sadr is a part of the UN representation's mission in Iraq: bringing the different views of the Iraqi political parties together and providing consultancy."

"UNAMI chief will have to present another briefing to UN Security Council soon, which explains her movements," he said.

Ahead of the Coordination Framework's visit, Plasscchaert arrives in al-Hanana