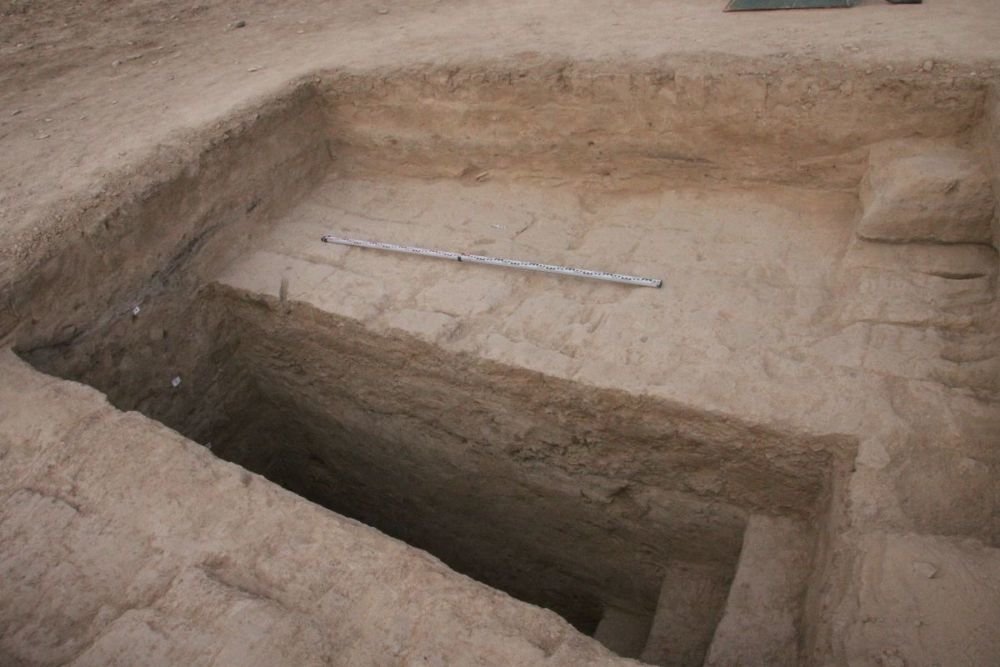 It is assumed that the settlement existed from the middle of the second millennium to the first millennium BC, about 4,000 years ago, according to Sputnik Agency.

An ancient port was discovered in the site, where both river and sea ships stopped. Fragments of the wall of a palace temple were also found, about four meters wide and about two meters high.

On top of the walls dating back to the second millennium BC, the expedition discovered an oxidized arrowhead, traces of tandoor stoves, and clay camel statues dating from the early Iron Age.