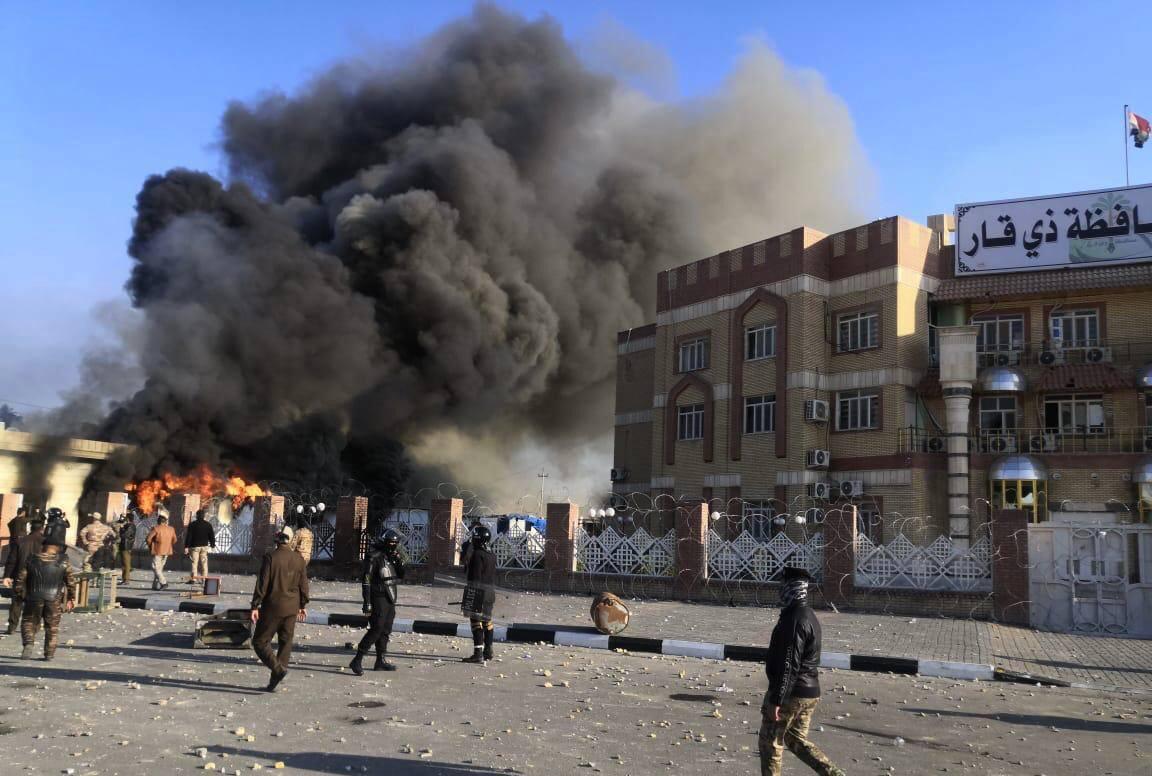 According to a statement by the Cabinet, Al-Kadhimi said, "The events in Nasiriya were painful, we promised people there to find the perpetrators,…we have concluded very important outcomes."

He added, “starting from this session, all ministers must go to the city of Nasiriya weekly within a schedule by the Prime Minister… every minister should supervise the work in the governorate in order to follow-up the suffering of the people, not only in Nasiriya, but in all governorates."

Earlier, the Commander-in-Chief of the Armed Forces, Mustafa Al-Kadhimi ordered to form a "higher" committee to investigate the bloody clashes in Nasiriya, which left dozens of dead and injured.

The Security Media Cell said in a statement “Al-Kadhimi had ordered the formation of a higher committee, headed by Lieutenant General Bassem Al-Ta’i which includes senior officers of the Ministries of Defense, Interior and National Security to investigate the events of the city of Nasiriya.”

Nasiriya demonstrations prompted the Iraqi Prime Minister, Mustafa Al-Kadhimi, to replace the governor of Dhi Qar, Nazem Al-Waeli, with the head of the National Security Agency, Abdul Ghani Al-Asadi, who was rejected by the demonstrators.