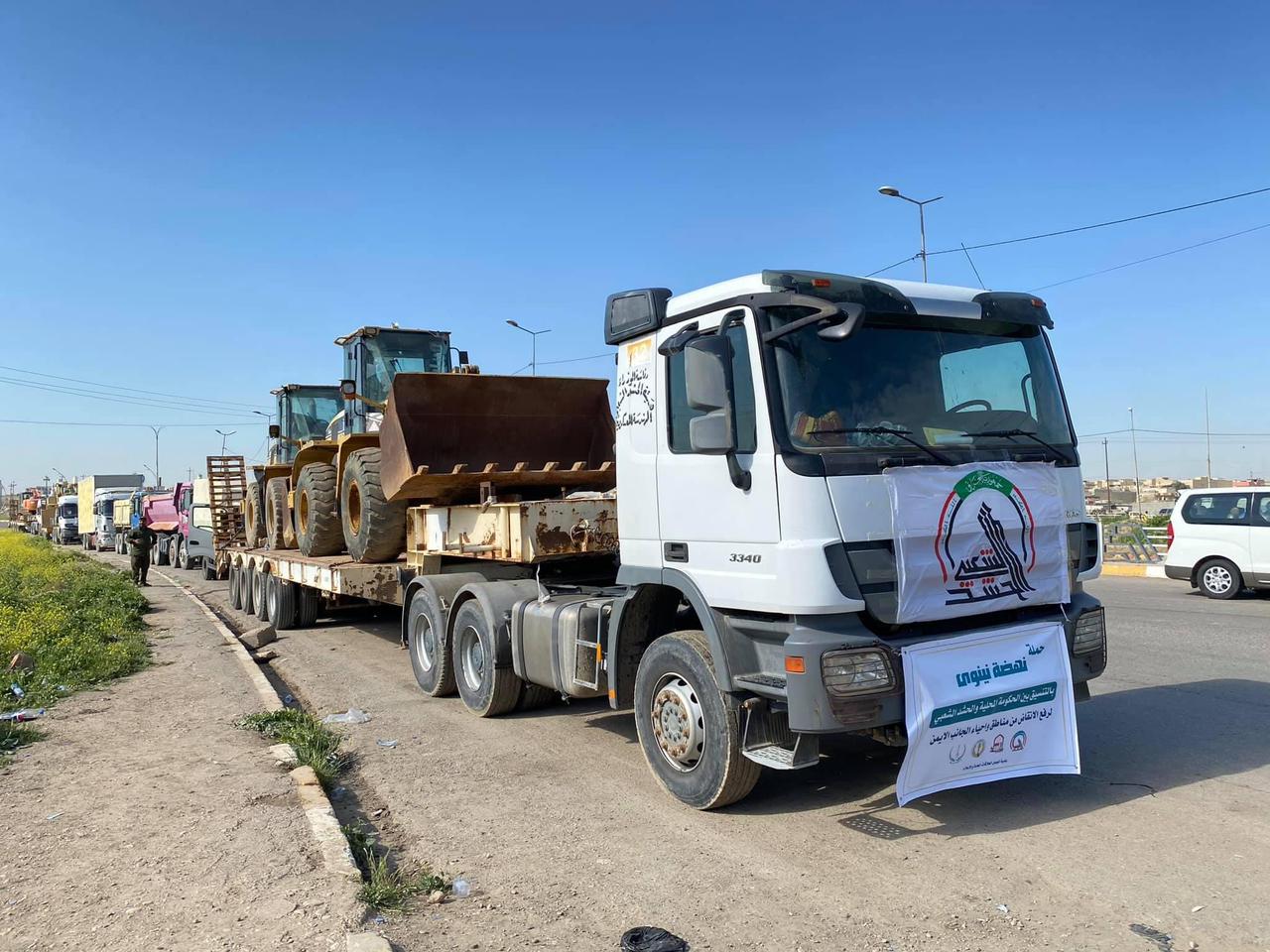 "Nahda" campaign was launched today, to remove rubble from the streets of Mosul, especially in the neighborhoods affected by the war.

Yesterday, Nineveh's governor, Najm al-Jubouri, announced that al-Hashd al-Shaabi will launch a major service campaign to restore life to the right side of Mosul.

The campaign will be jointly carried out between the municipality of Mosul, and the engineering efforts of al-Hashd.

However, the head of the Mosul municipality, Radwan Al-Shahwani, told Shafaq News agency, "The campaign will last several months, according to the officials of the engineering effort in al-Hashd."

PMF launches a security operation in areas northeast of Diyala