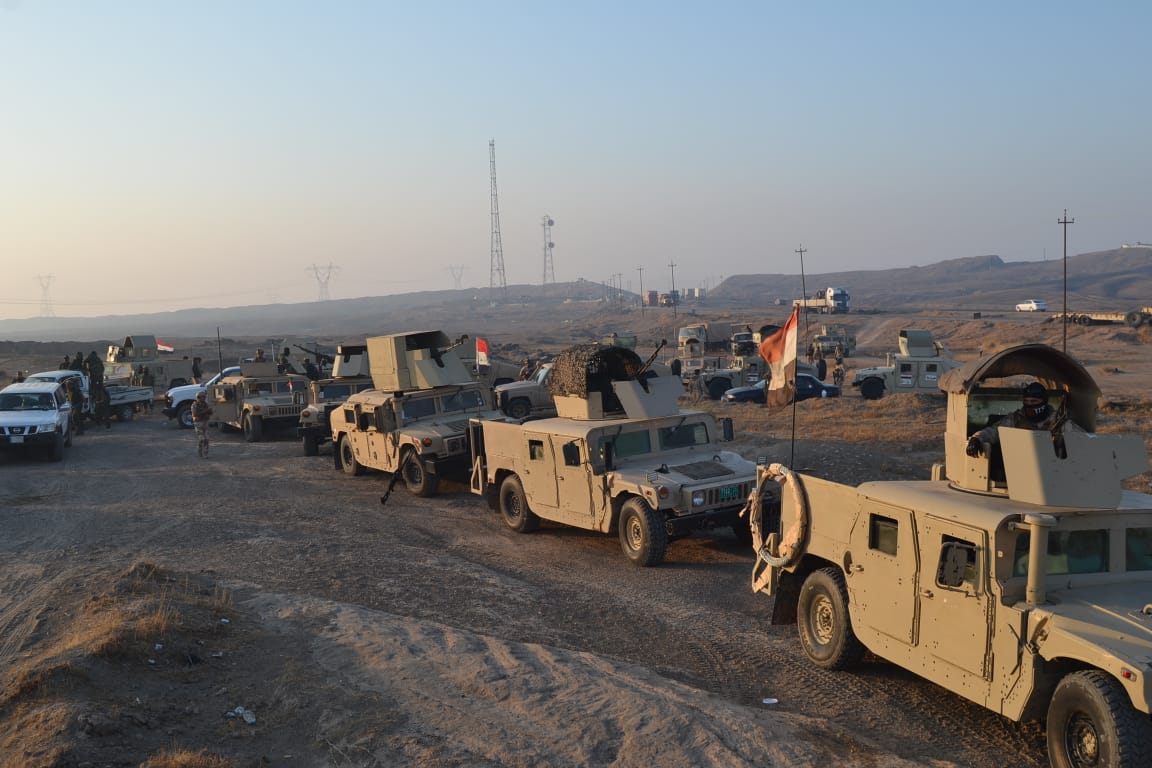 Shafaq News / A security source reported on Sunday that an Iraqi soldier was killed and four others were wounded in an explosion that targeted a vehicle they were traveling in south of Mosul.

The source added that a security campaign will be launched in the area in the coming days.

In the same context, ten people were killed and five others were injured, including Ibrahim Mujail Ibrahim, Director of Al-Mashak Police in Baiji District, north of Saladin, in an ISIS attack last night.

A security source stated that 8 citizens and security personnel were wounded in the attack.

The director of Al-Zawiya district, north of Baiji district, Muhammad Zaidan, told Shafaq News agency that a car carrying civilians had been subjected to a double attack with an explosive device and firing, before the security forces were dragged into an ambush by ISIS terrorists at the scene of the explosion.

Fire breaks out in oil tanks in Mosul