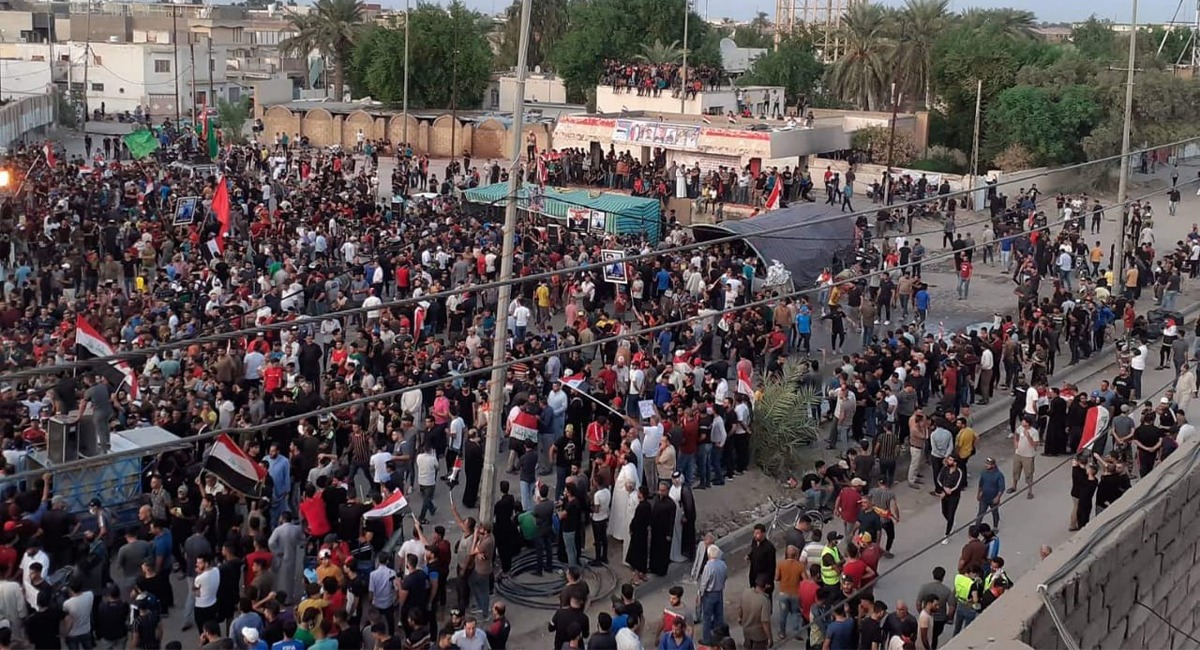 Shafaq News/ A citizen was killed, and dozens were wounded in clashes between security forces and protesters in Wasit, according to the governorate's police department.

The Media office of Wasit Police department said in a statement received by Shafaq News agency, "A civilian was killed and another was seriously injured by a fire weapon used by a non-peaceful protestor who intended to kill police officers."

"Dozens of police officers were shot and stabbed. Some of them sustained serious injuries."

Demonstrators rallied the streets of Wasit to demand toppling the local government, reform the political process, and address the youth's unemployment crisis. The demonstrations escalated to bloody clashes between the security forces and demonstrators who Marched into government departments.