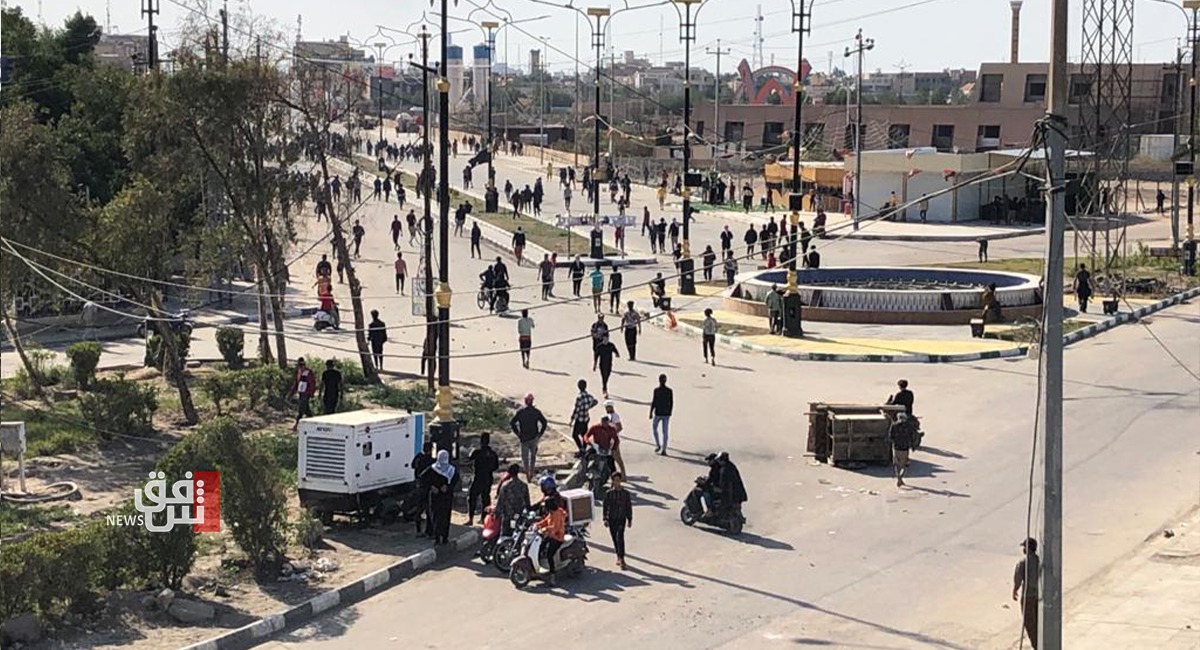 The spokesman for the department, Ammar Al-Zamili told Shafaq News Agency, "41 people were wounded in Nasiriya in which 25 protesters and 16 security forces.”

In turn, Shafaq News Agency correspondent reported that the security forces fired bullets intensively near the building of Dhi Qar governorate to disperse the demonstrators who refused the appointment of Abdul-Ghani Al-Asadi as the new governor.

The demonstrators are demanding the dismissal of Governor Nazem Al-Waeli.