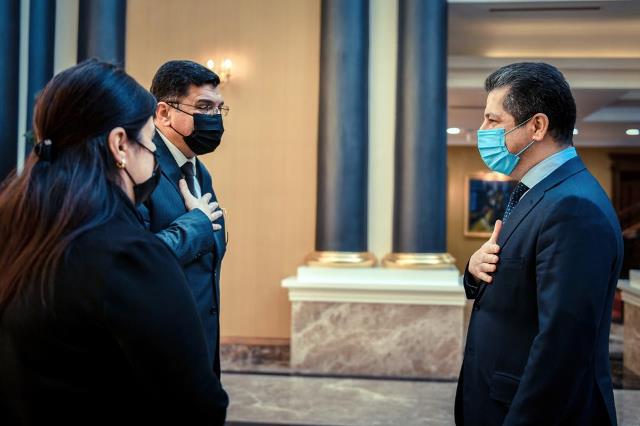 Shafaq News / The Prime Minister of Kurdistan Regional Government, Masrour Barzani, discussed today, Sunday, with the Iraqi Minister of Water Resources the establishment of new dams in Iraq and the region.

The meeting touched upon strategic projects, securing dam maintenance requirements, and establishing new dams in Iraq and the Kurdistan Region.

The statement indicated that the two sides discussed a mechanism to resolve the issue of delayed salaries of dam employees in the Kurdistan Region, which the federal government has not disbursed for several months.

More than 29,000 displaced had received identification documents in the region's camps