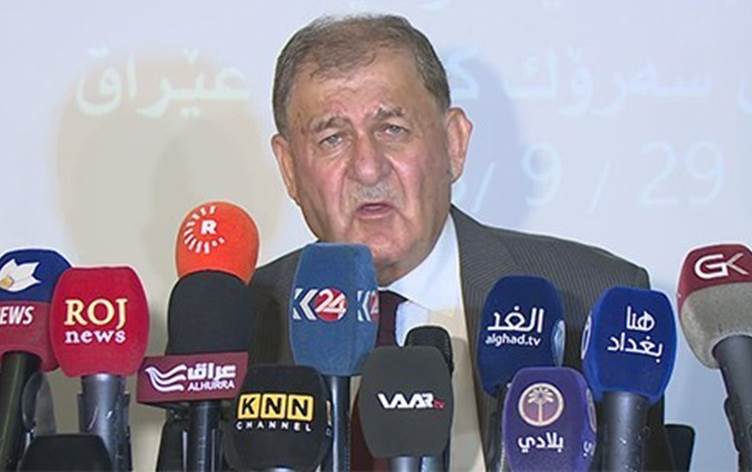 Shafaq News/ The leading figure in the Patriotic Union of Kurdistan (PUK), Lutfy Rachid, has joined the presidential race, a PUK source revealed on Thursday.

Rachid is the brother-in-law of the PUK founding leader and former President of Iraq, Jalal Talabani.

A source told Shafaq News Agency that Rachid has officially submitted his candidature documents to the Iraqi Parliament Presidium.

Earlier today, the outgoing President Barham Salih announced that he will be running for a second term. Several sources from inside the PUK said that Salih is the party's prime and sole candidate.

Salih and Rachid will be vying with Judge Rizgar Mohammed Amin and Khalid al-Sheikh Sadiq Abdul-Aziz Halabjayi for the chair.

According to the customs in place since toppling Saddam Hussein's regime, the President of the Republic must be a Kurd.