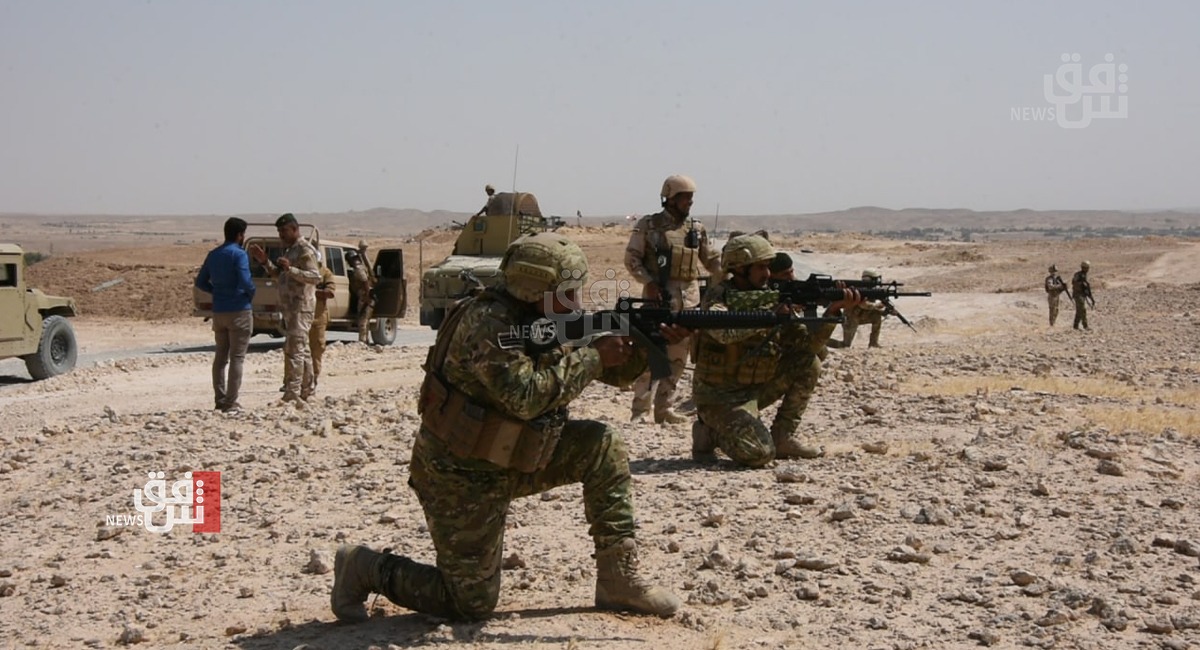 Shafaq News/ Iraqi security forces launched a large-scale campaign to purge the vicinity of Kirkuk from the remnants of ISIS terrorist groups, the Security Media Cell (SMC) said in a statement on Wednesday.

SMC said that the security operation orchestrated by the Joint Operations Command (JOC) will be spearheaded by units from the Counter-Terrorism-Service and the Iraqi Army Special Forces with an aerial coverage from the Iraqi army aircraft and the Iraqi airforce.

The campaign dubbed "Operation Iron Hammer" will cover the territories of Wadi Chay and Wadi Zghaytoun in Kirkuk and the territories nearby Hemrin mountains to " dry up the sources of terrorism, pursue ISIS members, and clear the area."