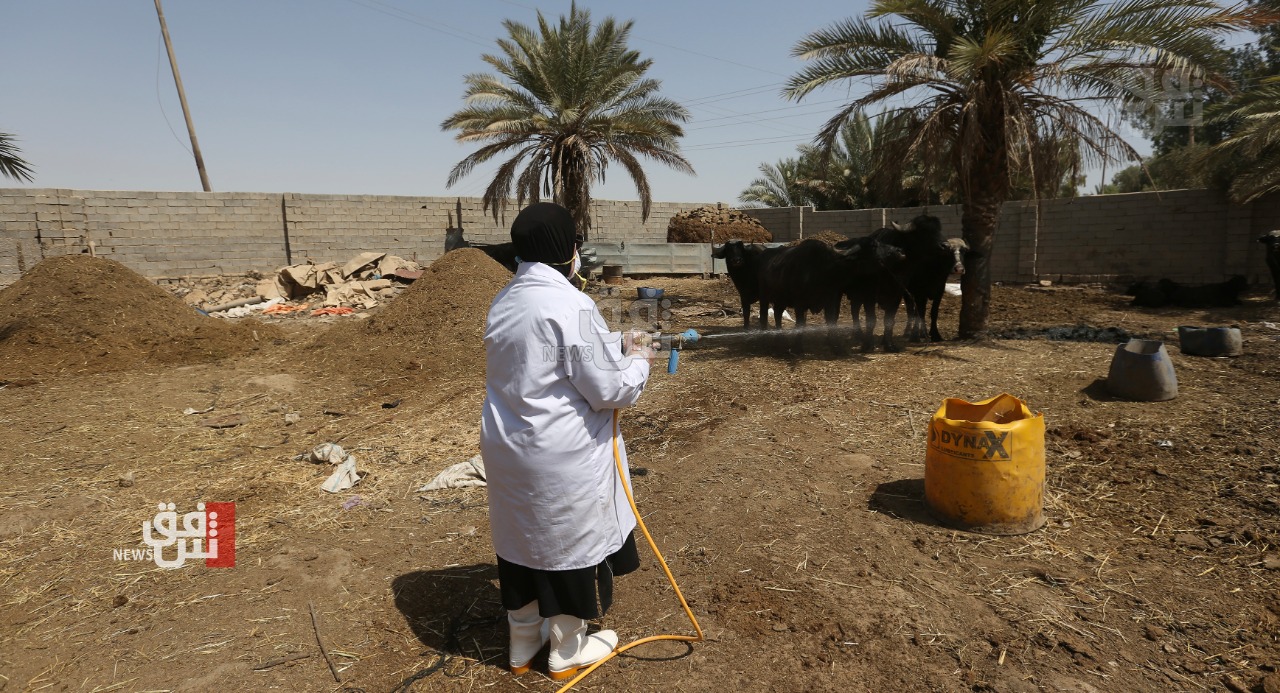 Shafaq News/ On Tuesday, the Iraqi Ministry of Health and Environment announced that 120 cases of hemorrhagic Fever, including 20 deaths, have been recorded in Iraq.

Many Iraqi governorates recorded cases of the Fever, including Erbil, Baghdad, Basra, Najaf, and Wasit, which registered the first death today.

Dhi Qar Governorate registered the highest number of infections (more than half) among Iraqi governorates.

Last week, a Member of the Ministry's medical team, Ruba Falah, told Shafaq News Agency that having livestock in neighborhoods will help the virus spread, pointing out that hemorrhagic Fever appears every year in Iraq. Still, this year, a higher number of cases was recorded.

According to the World Health Organization, the death rate from hemorrhagic Fever reaches 40 percent of infected people.

The virus is transmitted to humans through poultry or livestock. In contrast, it is transmitted from one person to another through direct contact with the infected person's blood, secretions, organs, or other bodily fluids.

It is worth noting that Iraq officially registered its first death from this disease in 2018.

Viral hemorrhagic fevers (VHFs) are a group of diseases that several distinct families of viruses' cause. The term "viral hemorrhagic fever" refers to a condition that affects many organ systems of the body, damages the overall cardiovascular system, and reduces the body's ability to function on its own.

Wasit "get rid" of "Hemorrhagic Fever"