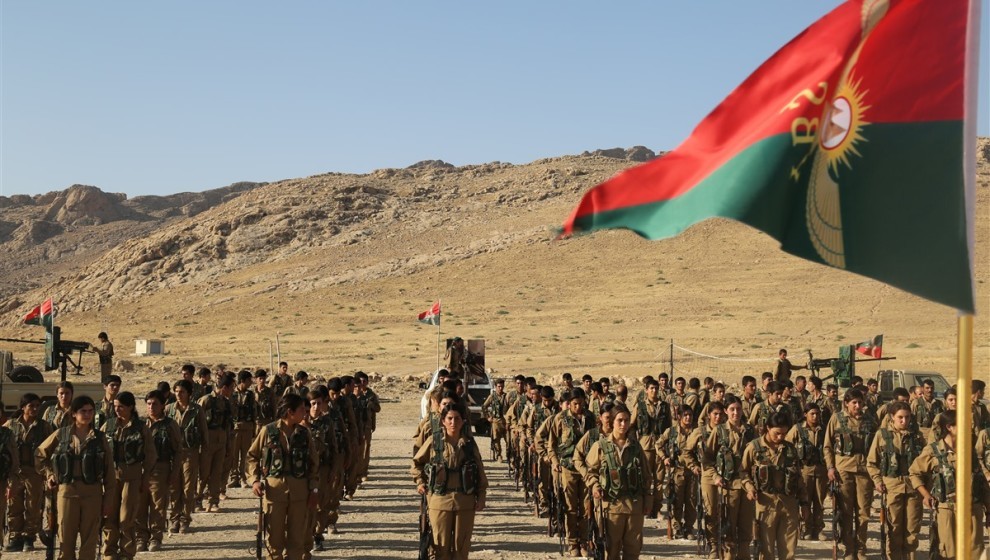 A security source told Shafaq News Agency, "The Army arrested a large number of YBŞ fighters, including women, and seized their weapons and vehicles in the center of the North District.”

In a condition of anonymity, the source said that the Iraqi Army refused any presence of any armed groups in Sinjar. Therefore, they arrested these militants.

Sinjar Resistance Units are currently negotiating with the Army commanders to release the fighters and return their weapons to leave Sinjar center towards the mountain or the outskirts of the District.

The tension between the two groups increased in the previous days when YBŞ had placed a statue of its leader Zardasht Shingali in Sinjar.

Shingali, chief of YBŞ, was reportedly killed in a Turkish airstrike on the village of Dugure, Nineveh, on January 15th, 2020.

Clashes erupted between the Group and the Iraqi Army due to the Army's refusal to install Shingali's statue.

As a result, the source added, "dozens of supporters of the Sinjar Units arrived at the scene and blocked the Mosul-Sinjar road to protest against the decision."

A security source told Shafaq News Agency that Sinjar Resistance Units insisted on bringing the statue and installed it in the Al-Nasr neighborhood in Sinjar center.