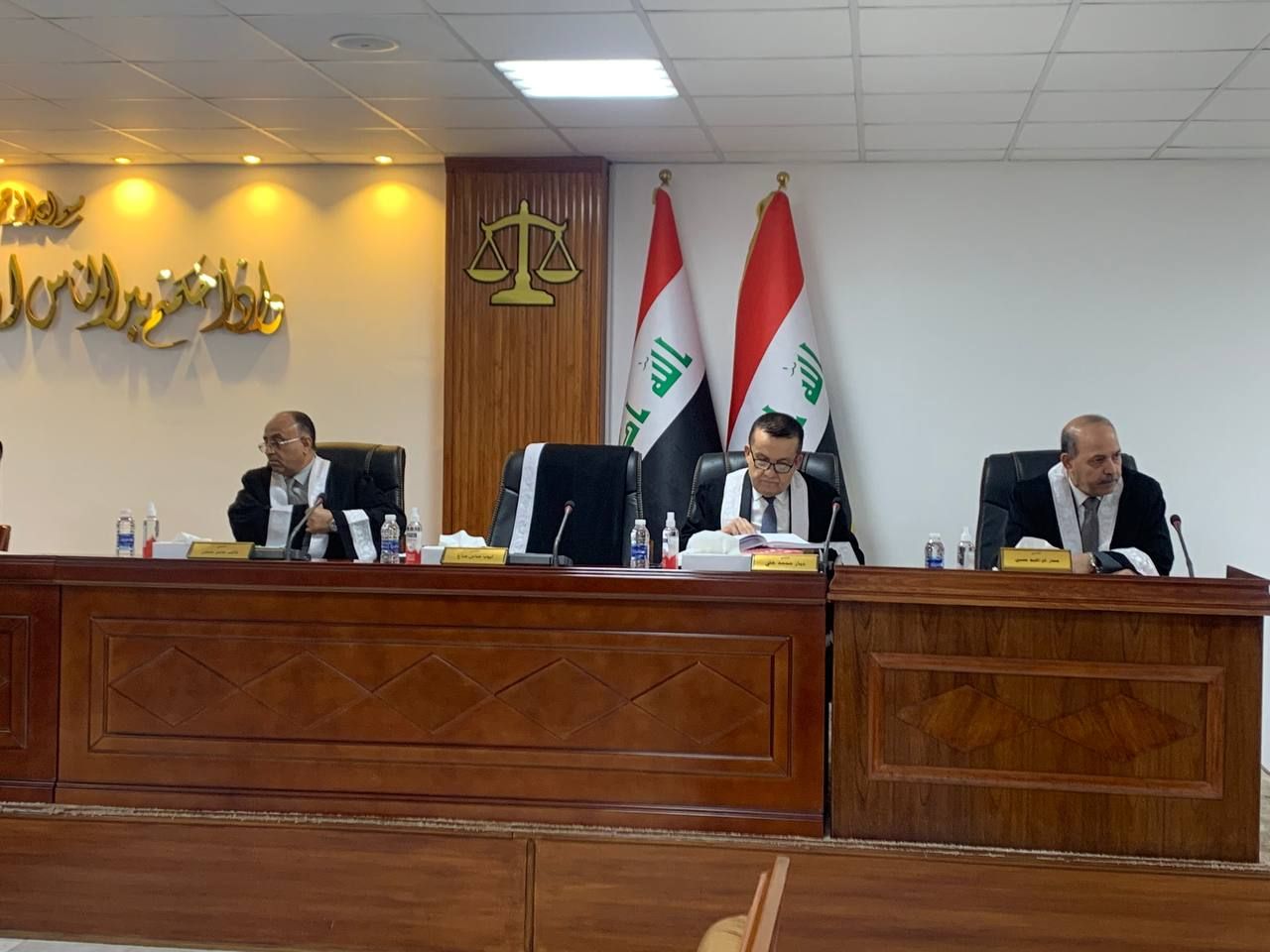 Shafaq News/ Iraq's Federal Supreme Court on Monday said that the Anti-Corruption Committee headed by Lieutenant-General Ahmed Abu Ragheef violates the principle of separation of powers and undermines the independence of the Judicial authority.

A statement issued by the Court said that the cabinet order no. 29 violates the provisions of Article 19, 37, 38, 47, 80, 87, and 88 of the Iraqi constitution for it undermines the independence of the Judicial authority and the principle of separation of powers.

The statement cited the role of "true political will" to fight corruption via excising its causes and scrapping its outcomes, stressing that the prevalence of corruption is a sign of a lack of political will.

"combating corruption requires a commitment to the legal and constitutional basis, respecting the law, and endorsing the institutions authorized by the constitution to fight corruption."

Iraq's federal court ruled that the formation of the Anti-Corruption Committee formed by the Iraqi prime minister in mid-2020 is unconstitutional, and therefore it should be dissolved.

The committee that was headed by Lt. Gen. Ahmed Abu Ragheef focused on high corruption and terrorism cases. It had arrested 36 suspects, of whom 16 received legal sentences by the relevant courts.

Among the suspects was the killer of Hisham al-Hashemi, a prominent anti-terrorism researcher, who was shot dead on July, 6, 2020, by Ahmed Hamdawi Owaiedan, an affiliated member of Kataib Hezbollah. He was supposed to hear his sentence last week, but the court postponed the decision. Meanwhile, his father had filed a complaint to the federal court against the committee, claiming its formation and rulings are not legal. The court ruled in favor of Hamdawi Owaiedan's father.

This is not first time that the judiciary interfered in political cases.

Last year, a court in Baghdad ordered to release prominent militia commander Qasem Muslih, who was arrested by the Abu Ragheef Committee and accused of killing an activist in Karbala. The release took place after militias entered the Green Zone in order to put pressure on the government to release Muslih.

In another incident last week, a judge at al-Karkh court in Baghdad had ordered to move a suspect of using illegal drones to another security institution in order to facilitate his release, similar to what happened with Muslih. However, special forces from the counterterrorism unit surrounded the court and moved the suspect to the Anti-Corruption Committee.

On Feb. 24, Iraq's Supreme Judicial Council called on Prime Minister Mustafa al-Kadhimi, who is also the chief commander of the armed forces, to investigate the case where a military force besieged the Court of Appeal in al-Karkh.

Amid sharp political differences between the conflicting Iraqi forces, the federal court plays a prominent role in resolving legal disputes over elections and other matters among political forces, figures or parliamentarians.

On Dec. 28, the federal court rejected the appeal to annul the elections results, which Fatah Alliance leader Hadi al-Amiri submitted.

On Jan. 25, member of parliament Bassem Khashan submitted the appeal to the federal court, challenging the constitutionality of the first parliamentary session.

On Feb. 18, leading KDP figure Hoshyar Zebari said that the federal court’s ruling invalidating his candidacy to the post of president was “unjust and politicized.”

Some speak about the overlap between the law and politics in Iraq, criticizing the federal court for issuing politicized decisions.

In a previous occasion, to Prime Minister of the Kurdistan Region, Masrour Barzani, called for dissolving the Supreme Federal Court. However, some believe the federal court should remain in place because it consists of the last buffer against the attempts by a particular party to monopolize the judicial decision.

Iraq's Supreme Court ratifies the results of the elections, first parliamentary session to be held on January

FSC postpones its session until next Tuesday

FSC to look into the appeal against reopening Presidential candidature today