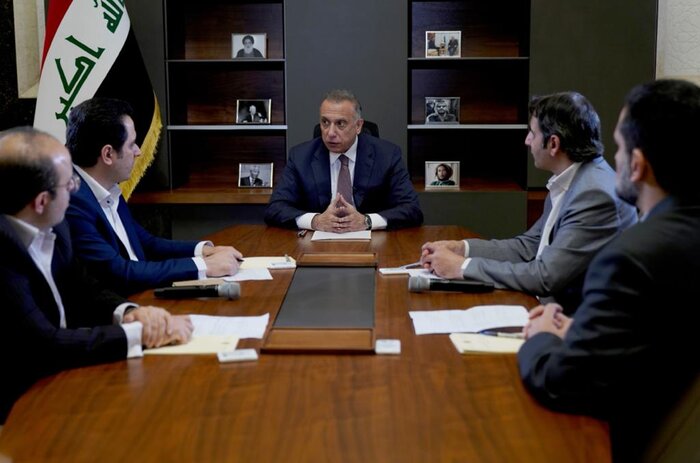 Shafaq News/ Iraq’s Prime Minister Mustafa Al-Kadhimi renewed his pledge to hold "fair and honest" elections on the tenth of October, confirming that he would neither run the elections nor support any alliance.

Al-Kadhimi said in an interview with a number of Iranian correspondents in Baghdad, which was published by Iranian official Iranian media today, Friday, "Iraqis are in dire need of elections, and there is a crisis of confidence between the political blocs and the street,..there is a real split and disagreement..."

“From the first moment of approving the government program in the Iraqi parliament, I said I will work to establish early, fair, and early elections, and I called for elections within a year, … I indicate the date of June 6 of this year… How can they say I am not serious, and I have no will for holding the elections?”

The Prime Minister continued, "We worked very hard by asking the Security Council to support Iraq with international observers to give confidence to these elections in front of the political blocs and the Iraqi people." We are serious about protecting the elections from any fraud.”

On running the elections, Al-Kadhimi affirmed, “I will certainly not run elections, I want to send a real message that i care about the Iraqi national identity and I care about establishing the principle of justice for all.”

"The security situation of any neighboring country to Iraq is a priority for the Iraqi government, because any penetration (of ISIS) to any of these countries will affect Iraq."

He added, "When I was head of the Iraqi intelligence service, there was major security cooperation with the Islamic Republic of Iran, and we succeeded through this coordination and cooperation to thwart some pre-emptive operations that ISIS elements were thinking of carrying out to strike Iran's internal security."

Al-Kadhimi continued, "We worked hard to help the Islamic Republic in the war against ISIS when there was an ISIS attempt to cross the borders and carry out operations that harm the interests of the Iranian people."