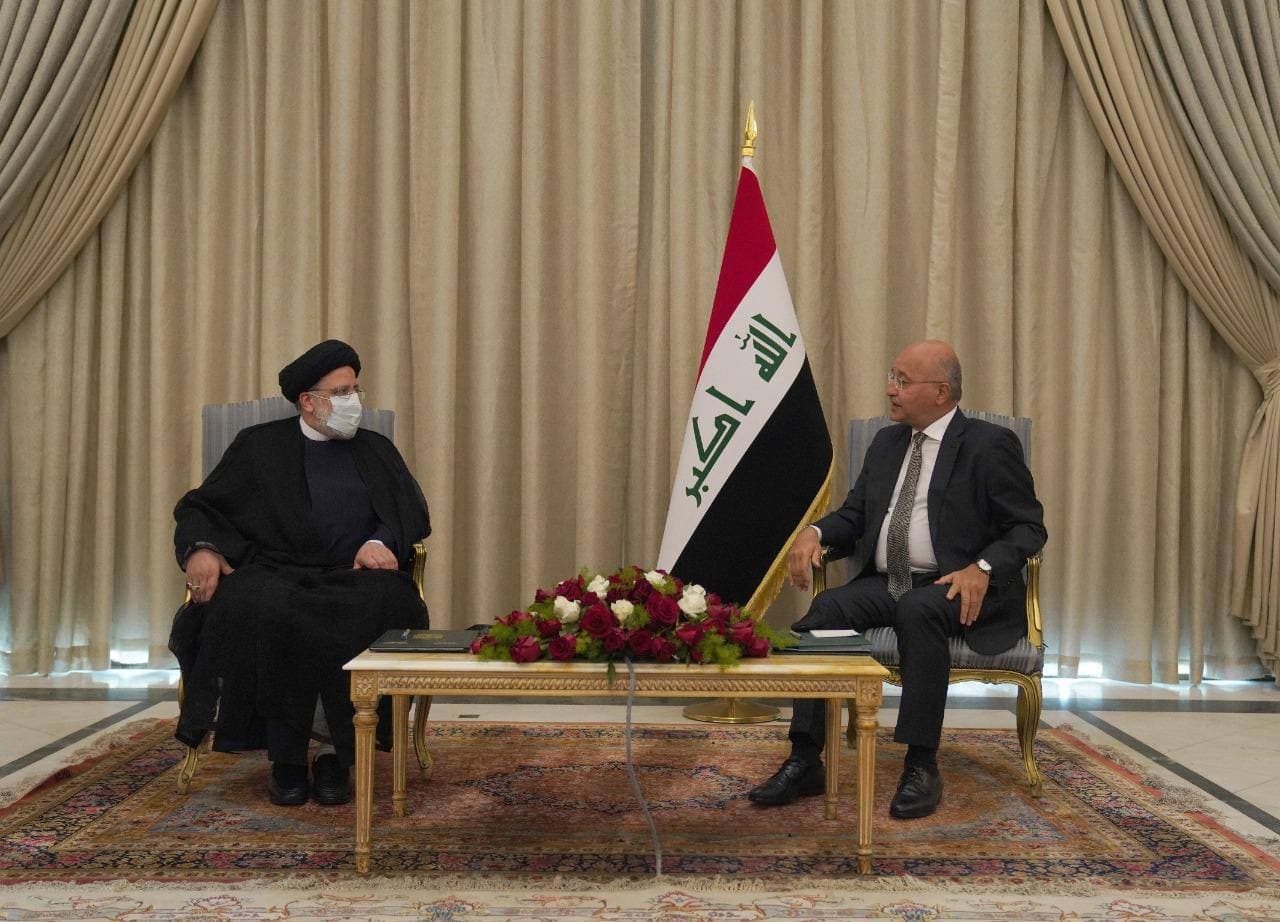 According to a statement issued by the Presidency, Salih sent a congratulatory message to the elected President of the Islamic Republic of Iran, Ibrahim Raisi, wishing "success in your mission in serving the dear Iranian people and achieving more progress, and prosperity."

Saleh added, "We, in Iraq are looking forward to strengthening the solid relations with neighboring Iran and its people, which are are rooted throughout history."

"The Islamic Republic of Iran has an important role in standing by the Iraqis in the fight against terrorism and extremism, and in helping to confront the repercussions that threaten the security and peace of our region."

He continued, "I remember our meeting during your (Raisi) last visit to Baghdad, we experienced from your care and concerns about the relations that unite our countries and peoples."

He pointed out that "the region is in dire need of wisdom and wise people and to give priority to the language of dialogue and communication, and to look seriously at the mutual interests of our peoples and to strengthen them by establishing security, stability, peace and respect for sovereignty."

He continued, "The history of nations is written with courageous and striving attitudes for the good of humanity," stressing, "We are very confident in your keenness and dedication to developing and relations of the common interests of our two peoples and for the good of the entire region."