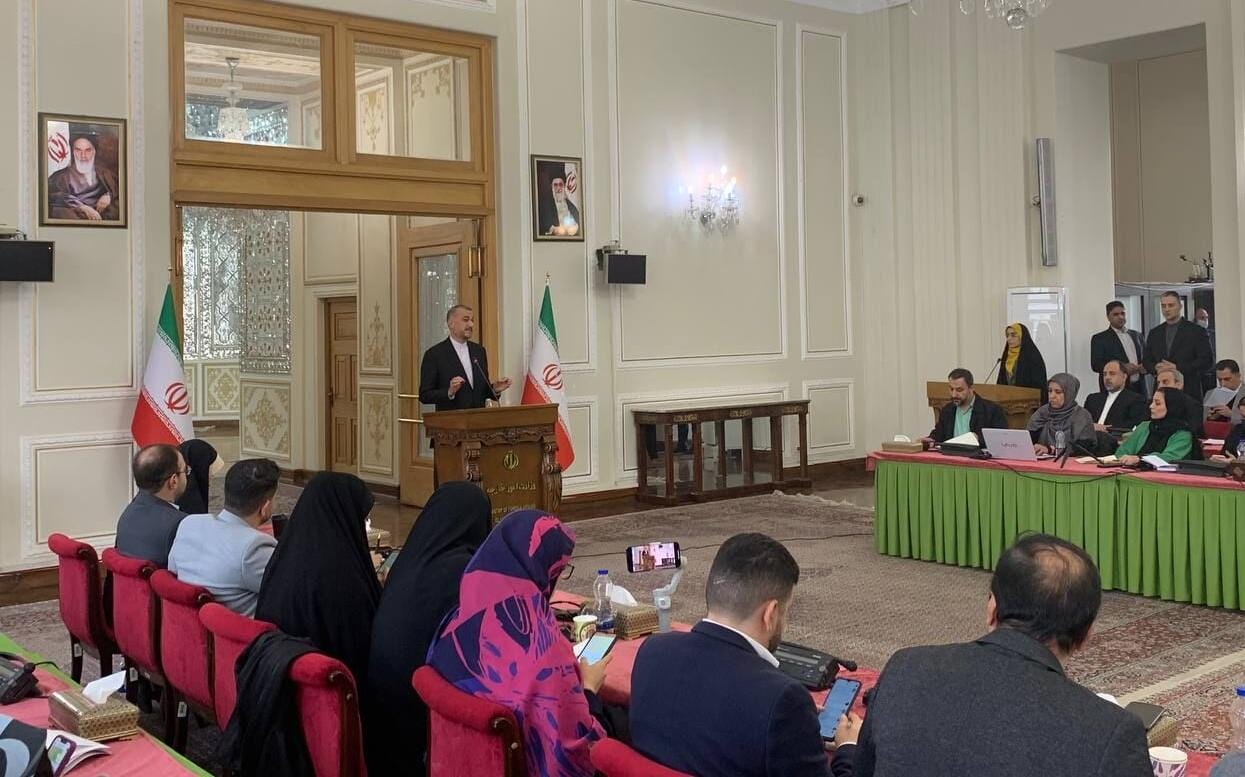 Amir-Abdollahian said that a "foreign conspiracy" to instigate a civil war and ultimately divide Iran has failed.

The Iranian foreign minister said that the western countries fomented "riots" in the country "by deceiving a group of young people and arming terrorists in the neighboring Kurdistan region of Iraq."

Amir-Abdollahian said that the Iraqi side has promised, in talks with the Iranian authorities, to secure the borders in the Kurdistan region by deploying troops, "but that is yet to happen."

Amir-Abdollahian said that the western countries should not slander Iran for alleged violation of human rights with their own record throughout history.

"The fact that more than 50 policemen and security officers were martyred by rioters with firearms and rocks, and several thousand policemen were injured, is a sign of respect for human rights and showing restraint by Iran's police and security forces [during the riots]," Amir-Abdollahian continued.

He explained that "riots and newly-imposed sanctions were aimed at pressuring Iran into giving up its demands at the talks, but the Americans must have realized now that Iran does not cross its red lines."