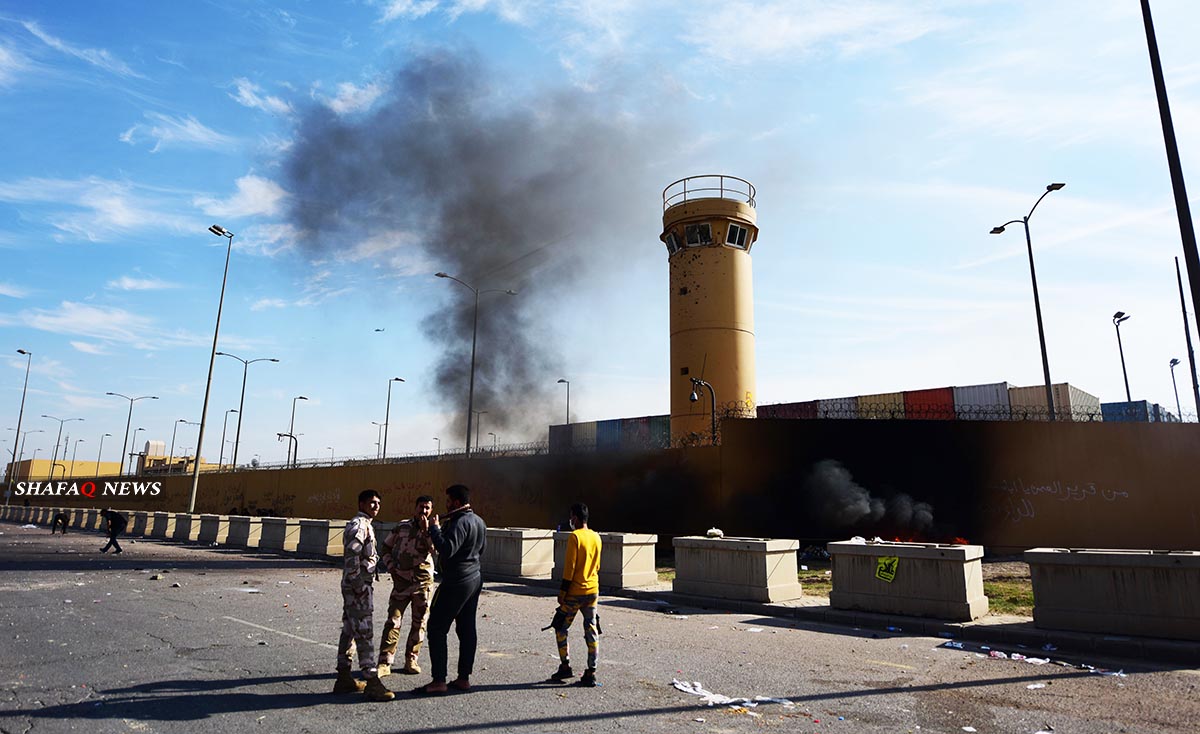 Shafaq News / The Security and Defense Committee of the Iraqi Parliament revealed today, Tuesday, the reasons behind the decline of the strikes in Baghdad recently.

Baghdad airport, which includes a US military base, and the Green Zone are usually subjected to frequent rocket attacks, adopted by parties who call themselves "resistance" to the American presence in the country, while Washington accuses Iranian-backed groups of the attacks.

This matter prompted America to threaten to close its embassy in Baghdad and impose sanctions on Iraq.

Member of the committee, MP Abdul Khaleq Al-Azzawi, told Shafaq News agency, "Certainly, stopping the rocket strikes on the American embassy is a result of the American threats, especially since some factions have links to some political forces", adding, "among the reasons behind stopping the rocket strikes, are the new security measures taken to protect these sites, as well as the tightening the military orders and sanctions against the officials of the sectors from which the rockets are usually launched".

Earlier today, the Iraqi Prime minister, Mustafa Al-Kadhimi, has formed a supreme military and security committee to investigate attacks that targeted Baghdad in the past period.

US Embassy in Iraq issues a statement on Nasiriyah protests

Reducing the US embassy staff in Baghdad will not affect the US-Iraqi relations, Schenker says

Al-Amiri condemns the attack on the US embassy in Baghdad

Axios: US considering closing its embassy in Baghdad

Iranian-backed factions behind rocket attack near US embassy in Baghdad

Sirens will sound in US embassy in Iraq