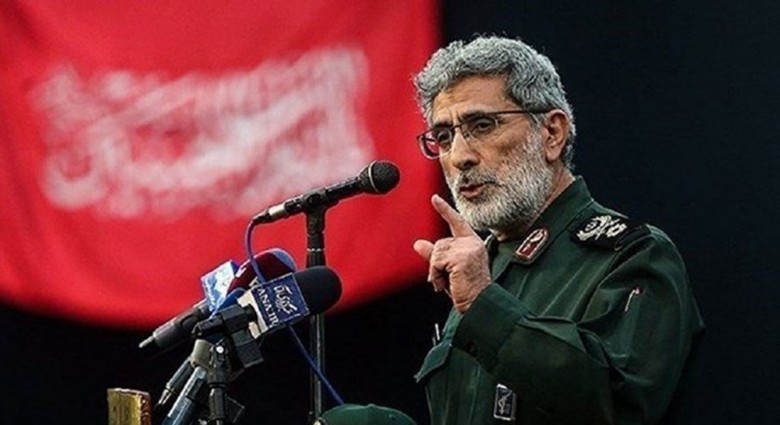 A source said, “During his visit to Iraq, the Iranian commander met the Prime Minister Mustafa Al-Kadhimi and leaders of the pro-Iranian armed factions,” adding, “the parties agreed to restart a truce with the American side while Baghdad is working hard to end the American presence in its land.”

The source emphasized that as a result of this visit, 500 American soldiers had been withdrawn from Iraq.

In the same context, the leader of the Al-Fatah Coalition, Ghazanfar Al-Battikh, confirmed on Saturday that Qaani received an official invitation from the federal government to visit Iraq.

"The visit aimed to discuss the American presence in Iraq, especially after Washington’s announcement about withdrawing part of its forces, a possible US attack against Iran or the “resistance factions”, and the Iraqi government's position in the US-Iran conflict." He added.

Al-Fatah leader said that the commander of the Quds Force "also discussed the investigation in the assassination of Qassem Soleimani."

Baghdad and Washington have reached an agreement that would require U.S. forces to withdraw 500 soldiers from Iraq, Fouad Hussein, Iraqi foreign minister said in a press conference today.

“After talks between Iraqi Prime Minister Mustafa Al-Kadhimi and US Secretary of State Mike Pompeo, US agreed to withdraw 500 troops of its forces, bringing the total number US forces in Iraq to 2,500. The statement added.

A modest withdrawal of US forces in Iraq will reduce troop levels there from 3,000 to 2,500.

Mediators attempted to curb the escalation against U.S. forces, Spokesperson of Iran-backed faction