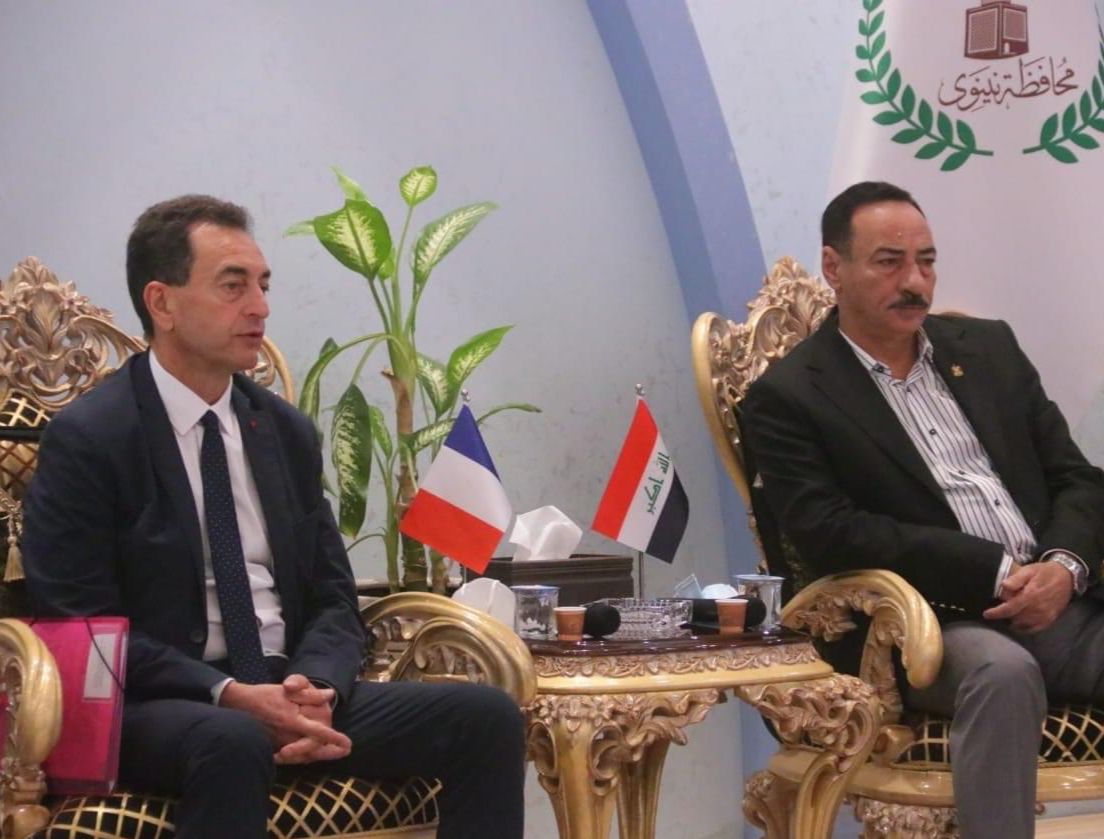 The French ambassador to Iraq, Eric Chevallier, said in a press conference held with Nineveh Governor Najm al-Jubouri; that the French financial loan for reconstructing the Mosul Airport still stands, and many companies have submitted their offers in this regard.

He added, “we know very well the keenness of the local government in Nineveh and the Iraqi Prime Minister Mustafa Al-Kadhimi for running this project and that the residents are also waiting for its reconstruction.”

Chevallier pointed out that some obstacles may postpone the reconstruction until next year, which the residents of Nineveh and its local government do not want.

He indicated that he will return this evening to the capital, Baghdad, and will meet with several Iraqi authorities and the concerned authorities to complete this issue.

For his part, Nineveh Governor Najm al-Jubouri said that he is not satisfied with the procedures of the Baghdad government because “some of the obstacles were put for not passing the French loan.”

Al-Jubouri added that there are efforts to pass the loan this year, and Al-Kadhimi is serious about the airport reconstruction, stressing, “we are waiting for the Ambassador’s efforts to start the reconstraction.