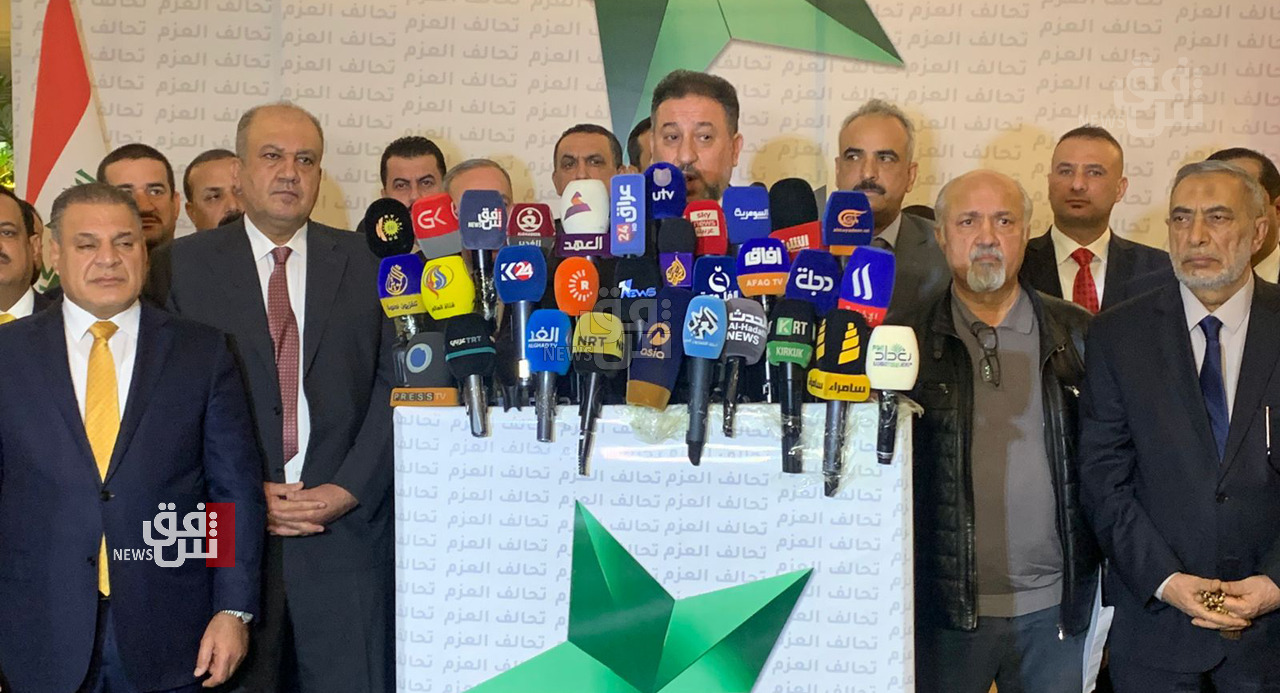 Shafaq News/ The largest Coalition of Sunni forces in the Iraqi parliament condemned the attack on the headquarters of Parliament Speaker Muhammad al-Halbousi in Al-Anbar, accusing "outlaw groups" of being behind the attack.

The "Sovereignty (Al-Siyada)" Coalition, led by Khamis al-Khanjar, said in a statement that "uncontrolled" groups attacked al-Halbousi's headquarters in the Karma district, considering this act a "direct challenge to the sovereignty of the State."

He added, "We condemn this cowardly act, and we demand to find the perpetrators."

The Coalition called on the Commander-in-Chief of the Armed Forces, Prime Minister Mustafa Al-Kadhimi, for "immediate and urgent intervention to prevent the recurrence of these acts."

He added that "a rocket fell near the Al-Halbousi's headquarter, the second fell in the Karma market, the third was near the Karma mosque and caused severe material damage, and the fourth fell in an agricultural area away from residential areas."

The attack wounded four people, including a child

The Iraqi forces also tightened security procedures in Baghdad for fear of launching attacks on the parties' offices. The source said.

Meanwhile, the Army and police forces headed to the Karma district to follow up on the incident.

The attack comes a few hours after the Federal Court decision to dismiss the appeal of the Independent MP, Bassem Khashan, challenging the parliament's inaugural session's legitimacy.

Per the Court's ruling, the legislative assembly's first session and the consequent vote for its presidium were adjudicated "legitimate."

In the first session, the representatives elected Al-Halbousi as Speaker of the Council for a second term.V