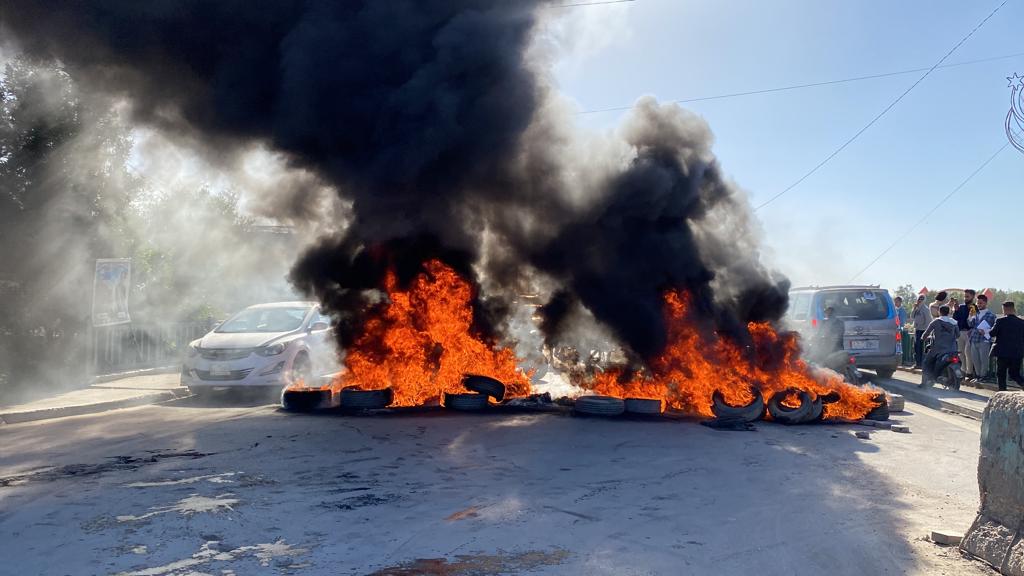 Shafaq News/ A medical source in the Dhi Qar Health Department revealed that the number of injured demonstrators increased during the protests on Wednesday.

The source added, "One of the injured is in a critical condition.”

For his part, Dhi Qar Governor Ahmed Ghani Al-Khafaji made a "confidential" and "urgent" appeal to the Sumer Operations Command regarding dealing with the protests.

The Governor said in a message to the Sumer Operations Command, "We affirm our previous instructions to deal peacefully with demonstrators, not to use weapons and live ammunition in the confrontation, and to resort to the language of dialogue and understanding with the protesters."

Al-Khafaji stressed "the commitment to the instructions of the Commander-in-Chief of the Armed Forces, Mustafa Al-Kadhimi, to prevent any use of violence or live bullets."

Meanwhile, dozens of demonstrators blocked two main bridges in the center of Nasiriyah in protest against the shooting of protesters.

Shafaq News Agency's correspondent stated that dozens of demonstrators blocked the Al-Nasr and Al-Zaytoun bridges by burned tires in protest against today's events, in which protesters were injured.

Earlier, the Commander-in-Chief of the Armed Forces, Mustafa Al-Kazemi, directed an investigation into shooting demonstrators in Nasiriyah, the center of Dhi Qar Governorate.

A statement issued by the Security Media Cell stated to Shafaq News Agency that Al-Kazemi "followed with great interest the incident of the injury of 3 protesters today, Wednesday, in the center of Nasiriyah city in Dhi Qar governorate."

The statement added that the Commander-in-Chief of the Armed Forces "directed to take the necessary legal measures, to hold accountable those who caused this incident, to open an urgent investigation by the security forces, and to work to treat the injured immediately."

The statement also indicated that Al-Kazemi "emphasized his previous directives not to use force or shoot against demonstrators demanding their legitimate rights."

Earlier today, eyewitnesses in Dhi Qar Governorate, southern Iraq, reported a clash between the security forces and demonstrators from the October protests, demanding that the malicious charges be dropped in the center of the governorate.

Witnesses told Shafaq News Agency, "A security force dispersed protesters demanding the dropping of the malicious charges against them near the intersection of the lobby with live bullets in the air in the center of Nasiriyah city, the governorate center."

And witnesses said, "The protesters scattered, while witnesses were taken in a civilian wheel to the hospital, to receive treatment."

In the meantime, an official security source confirmed to Shafak News Agency, that 3 injuries were recorded during the dispersal of this demonstration demanding the dropping of the lawsuits issued against them at the intersection of the lobby in Nasiriyah

In turn, the Governor of Dhi Qar, Ahmed Ghani Al-Khafaji, demanded in a brief statement today, the Commander-in-Chief of the Armed Forces, Prime Minister Mustafa Al-Kazemi, to send an investigative committee into today's shooting of civilians.