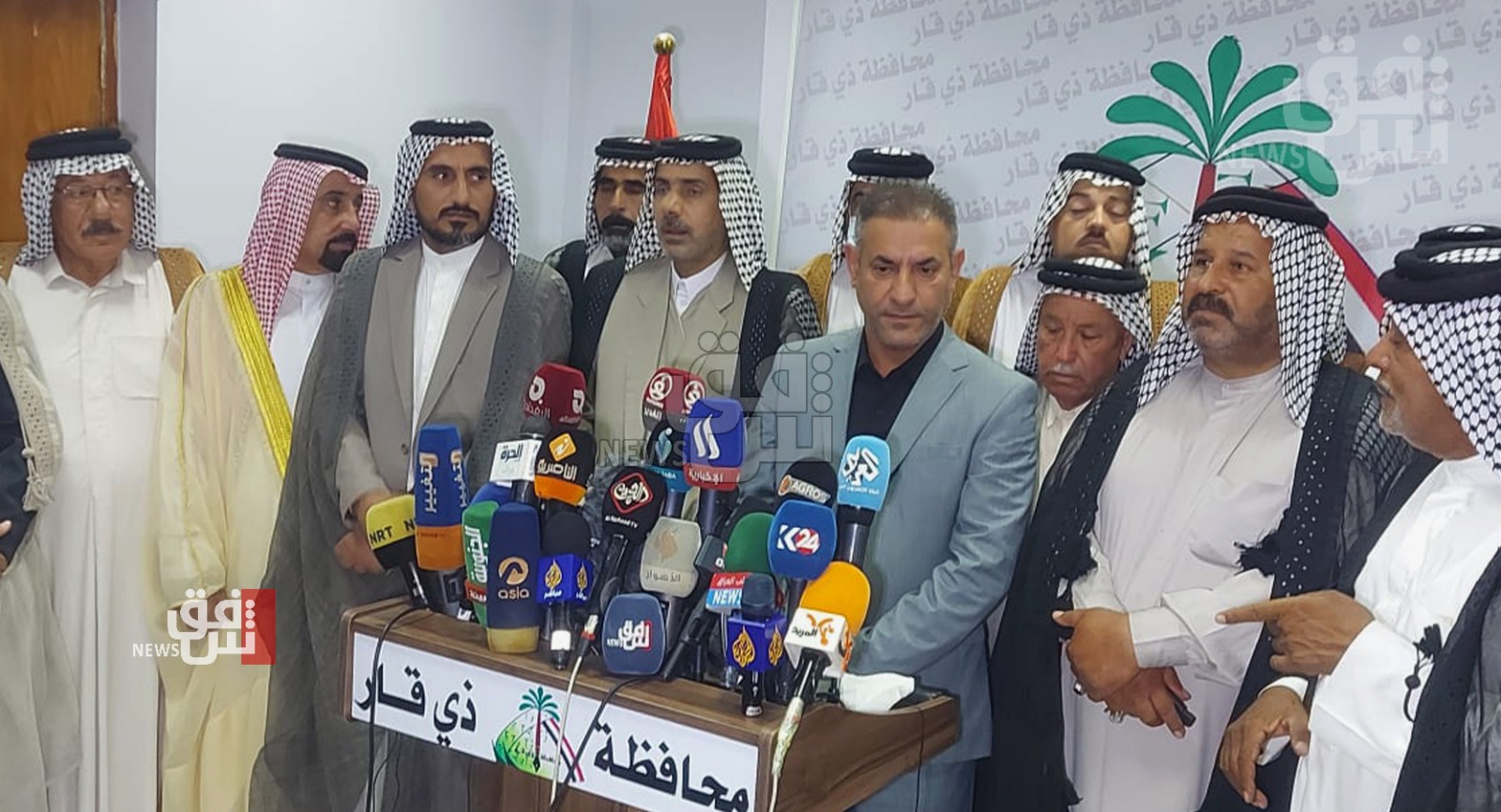 Shafaq News/ The head of the local government in Dhi Qar, Ahmed Al-Khafaji said that the decision to dismiss him or not belongs to the higher authorities in the country.

The governor's statement comes after a Pro-Sadrist figure called to dismiss al-Khafaji from his post following the hospital fire incident.

Al-Khafaji said in a press conference held today, "The law must be applied on everyone, and no one is exempt from this matter. We ask the tribal elders to tell their children to obey the law and not to violate it," adding, "malicious hands are seeking to destabilize security in the governorate."

Regarding the demonstrations taking place in the governorate, Al-Khafaji stressed that demanding rights is legitimate, and should not be at the expense of the public interest, such as blocking roads or disrupting the department's work."

On the Imam Hussein hospital incident, the governor said, "The investigative committees are continuing to work to uncover the circumstances of the accident, by listening to witnesses and contacting the medical staff."

Today, an important government committee arrives to investigate the incident, he noted.

The governor added that specialized committees had been summoned from Baghdad, to identify unknown bodies.

Al-Khafaji noted that "there is a real tendency from the federal government to support the governorate. It has listened to the local's demands and promised to provide job opportunities for young people."

Regarding some calls for his dismissal, Al-Khafaji said, "I was assigned to this position with the approval of the people, and the process of my dismissal remains with the higher administrative authorities," calling on the people of Dhi Qar "not to be drawn into false statements".

On the night of Monday, July 12, 2021, a massive fire broke out in Al-Hussein Hospital in Dhi Qar Governorate.

On Tuesday, an official government source in the office of Dhi Qar Governorate told Shafaq News Agency, "The number of victims of the fire has reached 100, in addition to 26 missing persons."