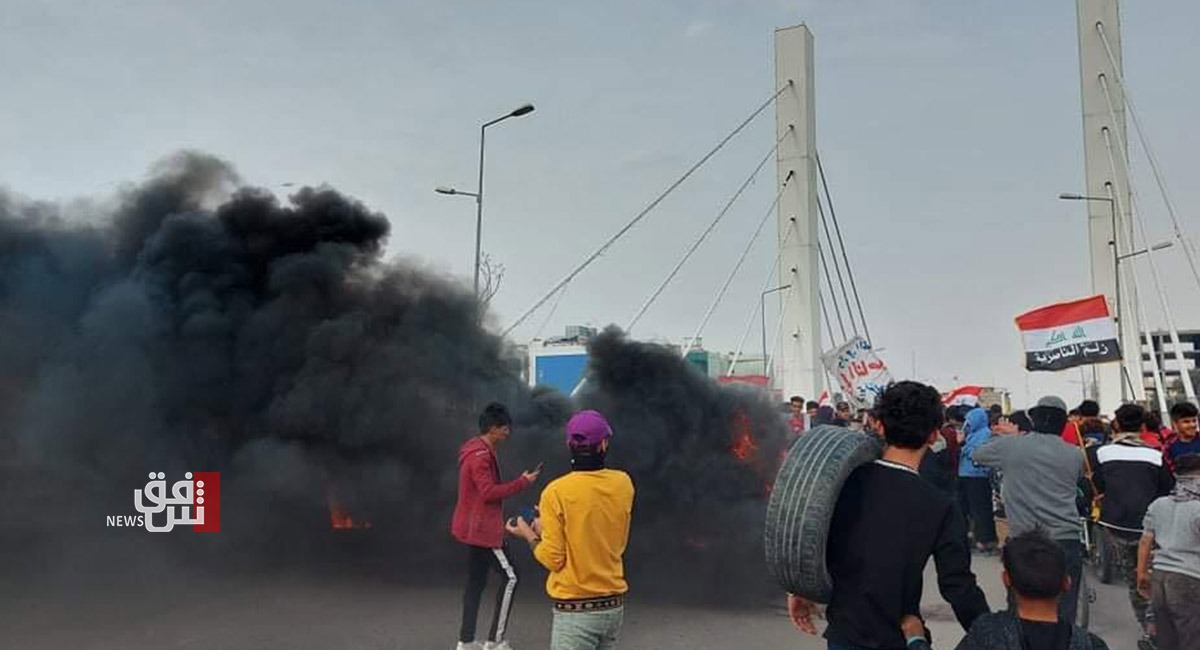 "The security forces fired live bullets at protesters in Al-Haboubi Square, the center of Nasiriya, which resulting in so far one wounded so far”, Shafaq News Agency correspondent stated.

The demonstrators responded to the Security forces’ attack by blocking Al-Hadarat and Al-Zeitoun Bridges in Nasiriya, activists reported to Shafaq News Agency.

They activists said, "This escalation comes when the local government in Dhi Qar did not make any steps forward to reveal the fate of the activist Sajjad Al-Iraqi."

Meanwhile, clashes are still going between the security forces and the demonstrators.

Al-Haboubi square is whre one of the worst killings of demonstrators took place in 2019 protests.