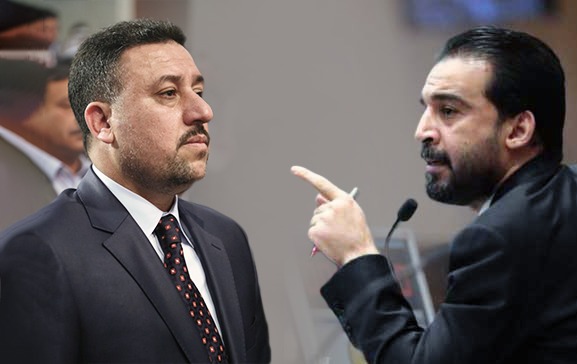 Shafaq News/ Talks continue between the major Sunni alliances led by the Parliament Speaker Muhammad al-Halbousi and Khamis al-Khanjar to form a unified Sunni bloc in Parliament and agree to nominate a candidate for Parliament.

A source close to the head of the Al-Azm bloc told Shafaq News Agency, "announcing the united Sunni bloc may be officially revealed within two days so that the Sunni bloc can reach political understandings with the other parties after the final results of the elections are announced."

"Meetings continue between the two sides to unify the discourse and to identify the names of candidates for the position of Parliament Speaker."

Khaled Al-Obeidi and Mahmoud Al-Mashhadani are two candidates for assuming the position, he said.

Despite these alliances, other sources confirm that poles in the Azm alliance in Baghdad find that there "is no agreement with Takadum to form a unified Sunni bloc."

The leader, Iyad al-Jubouri, told our Agency, "The directions of the Azm Alliance are to be with the brothers in the Shiite Coordination Framework to find mechanisms and solutions for the crisis of disagreement over the election results."

"According to the information available to me, it is too early to talk about understandings to form a unified Sunni bloc," he added.