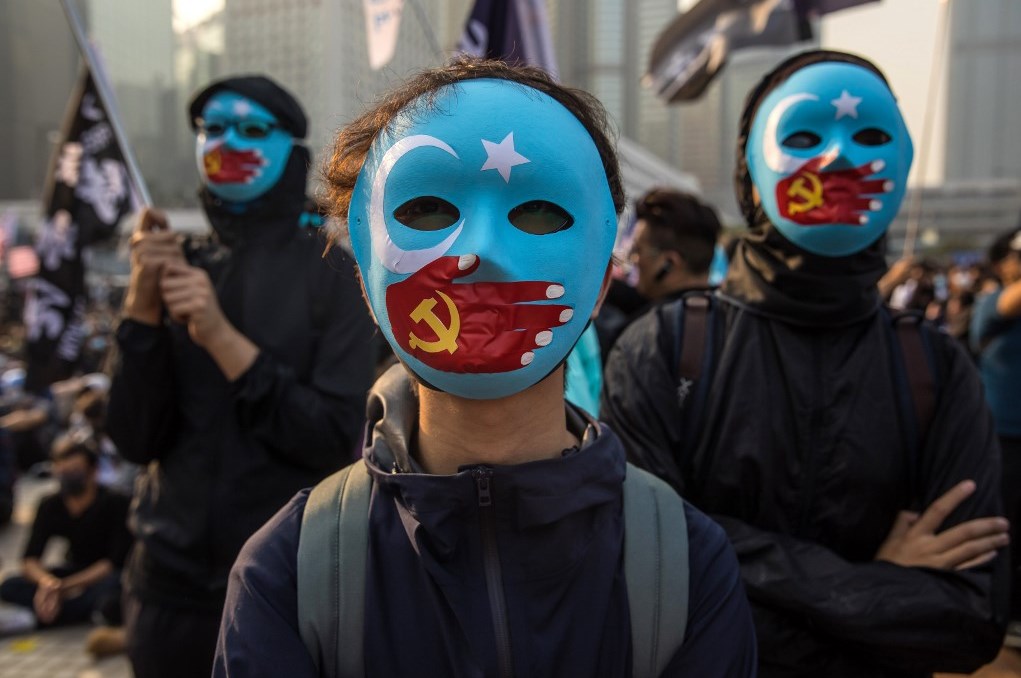 Shafaq News / The Chinese embassy in Baghdad expressed on Wednesday fierce rejection of the statement of the United States embassy in Iraq, in which the latter accused the Chinese Communist Party of violating the rights of religious minorities in Xinjiang, inhabited by the Muslim Uyghur minority, deeming it as an "interference in China's internal affairs".

In a statement received by Shafaq News agency, the Chinese embassy said, "On January 5, the US embassy in Iraq publicly published the statement on the Chinese policy on national and religious affairs, through which it broadcasted rumors, attacked China and arbitrarily distorted its reputation."

The statement added, "the statement mentioned above is complete nonsense, and the US embassy's attempt to act as a proud teacher of human rights is hilarious. The Chinese side categorically rejects that."

The Chinese embassy called explained, "The Xinjiang Uyghur Autonomous Region is an integral part of Chinese territory, and the core of the Xinjiang issue is the attempt by a small group of separatists to secede Xinjiang from China through violence...which has resulted in the death and injury of many innocent civilians, including Muslims."

"The forces of terror and violence such as the East Turkestan Islamic Movement extend their clutches to Kyrgyzstan, Afghanistan, Iraq, Syria and other countries of Central Asia and the Middle East, and are conspiring with ISIS and Al-Qaeda to commit heinous terrorist crimes against the peoples and countries of the region," the statement continued," East Turkestan Islamic Movement was added to the list of international terrorist organizations under UN Security Council Resolution 1267".

The Chinese embassy said, "the statement mentioned above by U.S. side abuses the slogan of religion and human rights. However, its essence is self-evident, which is an overt interference in China's internal affairs and intentionally sowing seeds of discord in the friendly cooperative relations between China and the large Islamic countries, including Iraq."

It continued, "It must be noted that the United States launched a series of wars in the Middle East, which caused the death of countless civilians. Besides, American police carried out the law without restraint until they killed civilians from national minorities in the daytime, and Trump administration issued an amnesty for the thugs who killed Iraqi civilians."

"The lie will remain a lie even if it is repeated a thousand times. Every attempt that seeks to distort China's image and sow the seeds of discord in the relations between China and the countries of the world is doomed to failure, and that the truth is louder than words, and justice shows itself. America must understand the importance of correcting its own mistakes before addressing other people's mistakes."

Explosion near an IIA office in Baghdad