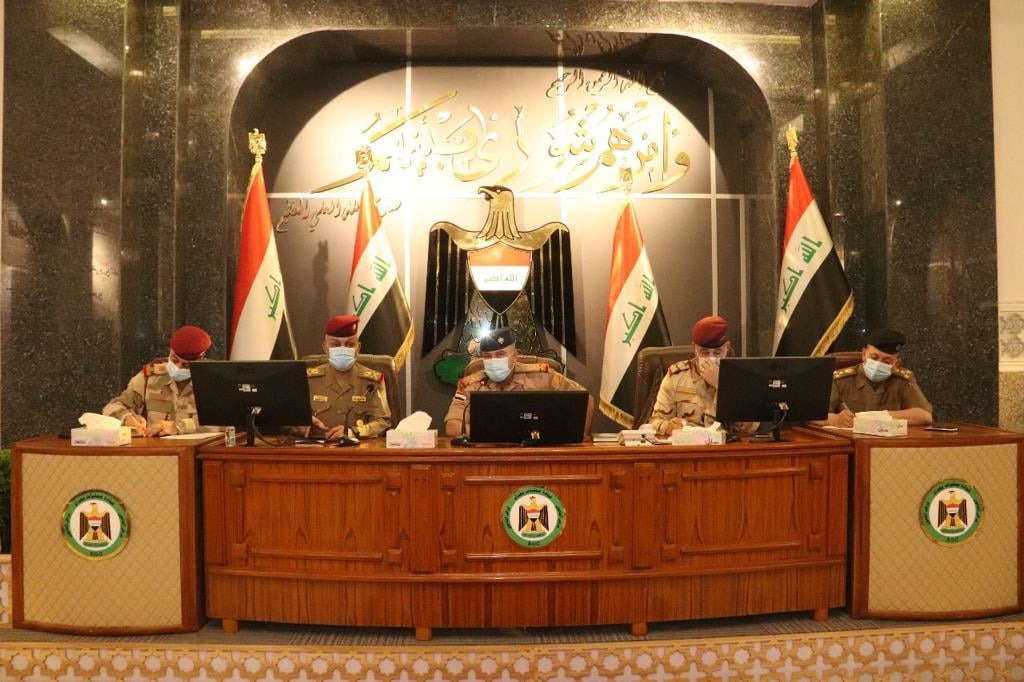 An official readout of the meeting said that Salim emphasized "the strict compliance with the instructions of the command precisely and professionally, and maintaining all formations readiness for combat at top levels."

Baghdad Operations Commander shed light on "the human interaction with the emergency cases, and the implementation of the Supreme Committee for National Health and Safety recommendations on Coronavirus preventive measures."

In al-Anbar, Major-General Nasser el-Ghannam announced the apprehension of three terrorists wanted pursuant to Article 4/Terrorism. The security forces, according to el-Ghannam, found two caches of explosive devices and a hideout for ISIS operatives.

ISIS kidnaps a shepherd and shoots his wife in Al-Anbar