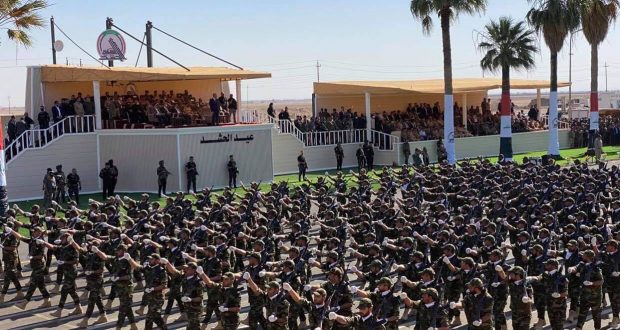 In a statement issued earlier today, PMF Commission said, "the parade was held under the auspices and in the presence of the Commander-in-Chief of the Armed Forces, PM al-Kadhimi."

"This parade is the first of the PMF. Units from the PMF Infantry and the combat directorates participated."