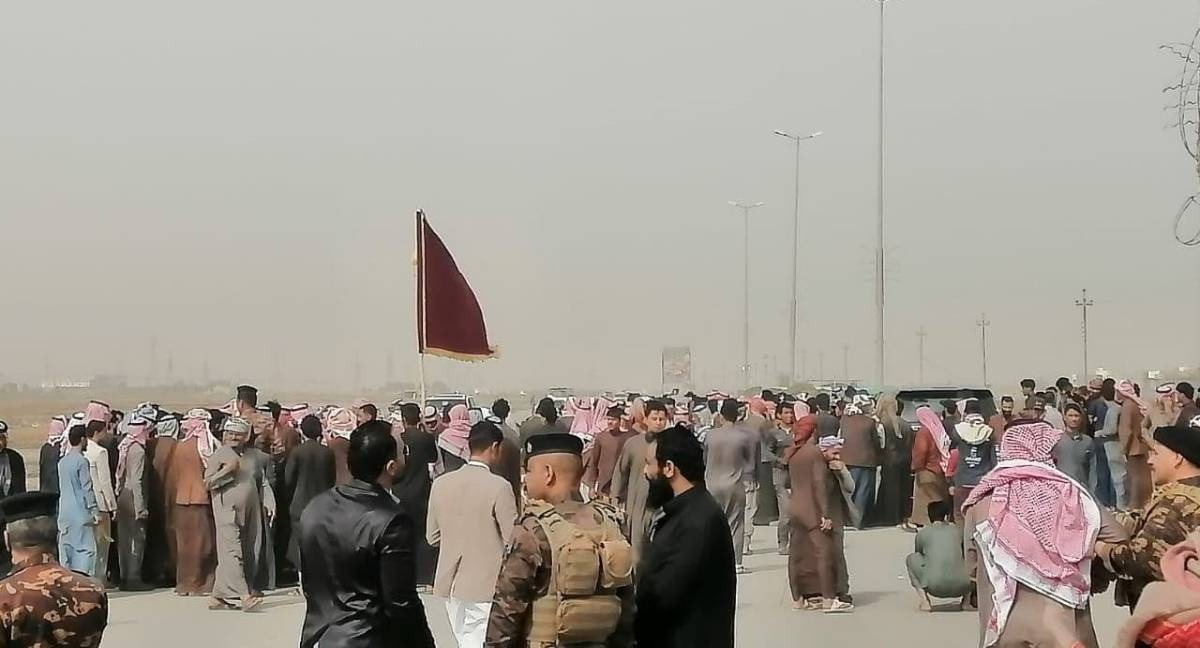 "A force led by a Brigadier-General attempted to disperse a group of demonstrators gathering near al-Ahdab oilfield, east of Wasit, to demand jobs," a source told Shafaq News Agency.

"At least ten demonstrators were injured in the clashes," the source said, "the force failed to disperse the group and withdrew from the site consequently."