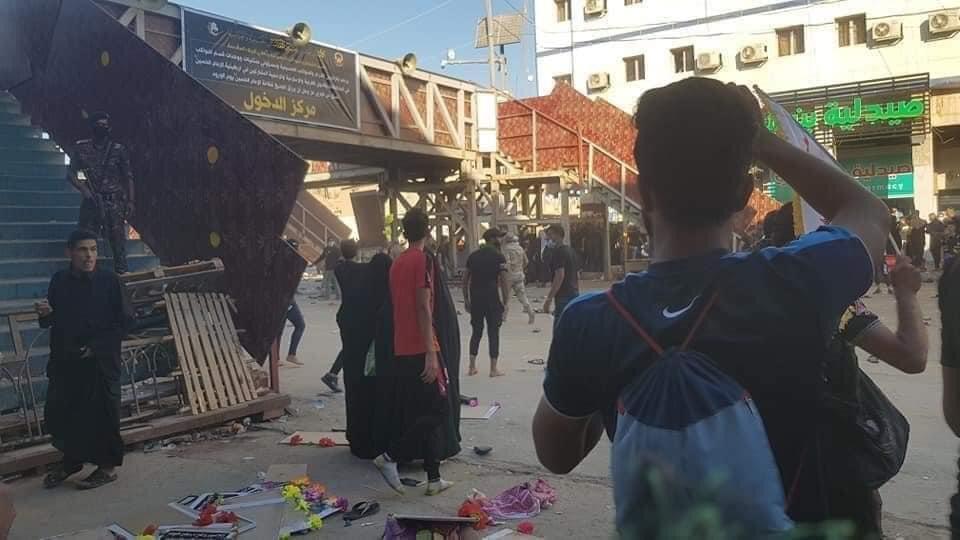 Shafaq News / The Iraqi Security Media Cell issued, on Tuesday, a statement about the latest incident in Karbala, indicating that life in the governorate returned to normal.

"Several demonstrators from various governorates gathered this afternoon in Al-Tarbiya Square, Karbala Governorate and tried to enter through a road blocked by the security forces, where some Saboteurs threw stones at the security forces who dealt immediately with them.” The statement said.

It continued, "The problem ended within few minutes, and the visitors continued Arbaeen ceremony as usual."

Earlier today, Tuesday, A source said that more than 100 protesters had been wounded in Karbala.

Civil society activists reported that hundreds of protestors were beaten by Al-Hashd and the Husseini Shrine security for expressing their support to the demonstrations in Iraq.

On the other hand, the Karbala Security Directorate said in a statement that about 1000 people tried to storm the Two Holy Shrines, but they were prevented.