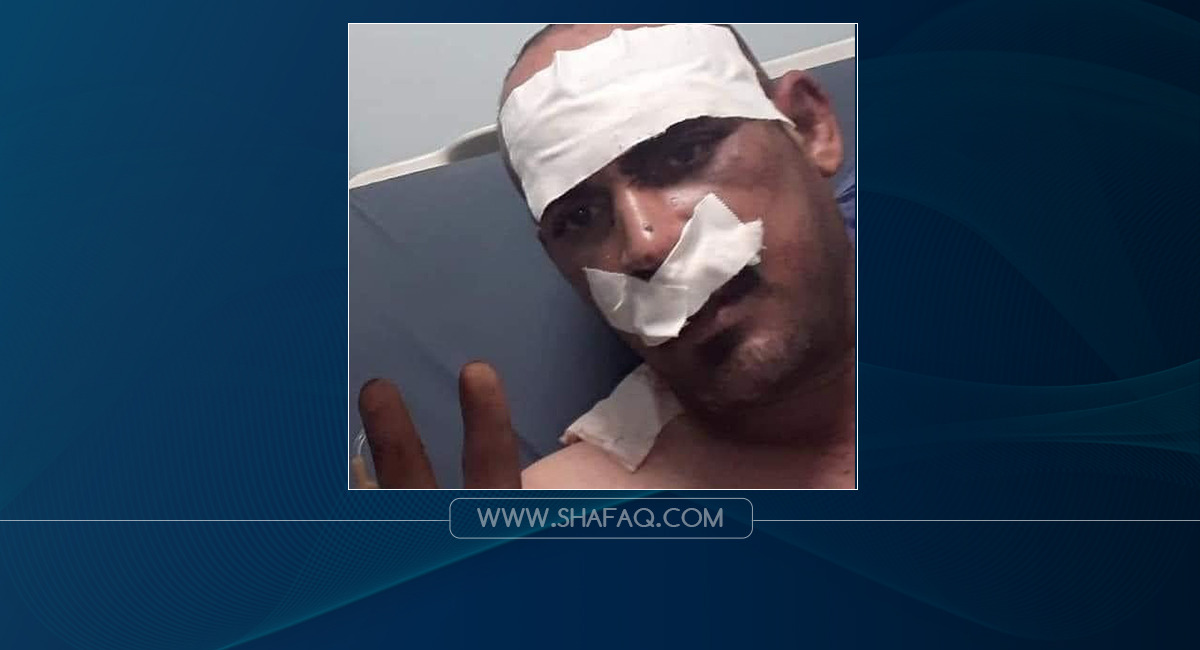 Shafaq News/ An official security source reported on Saturday that an activist in the Dhi Qar protests was subjected to an assassination attempt.

Al-Saadoun moved to the intensive care unit in the hospital.

Since October 2019, Dhi Qar Governorate witnessed protests and continued for several months, with thousands of Iraqis demanding jobs, services, and the removal of the ruling elite, which they said was corrupt.

Earlier, Amnesty International said, "a year after the demonstrations in Iraq calling for well-being and an end to corruption, dozens of brave activists are still being targeted and killed."

It also broadcast a video report entitled "A year after the protests in Iraq," during which it showed that hundreds of protesters had been killed and injured by the security forces.

it considered that "the authorities' promises to achieve justice were nothing had done yet, as the activists and demonstrators are still targeted.”

Demonstrators clash with the security forces in Dhi Qar

Assassination attempt against a local official thwarted in Dhi Qar