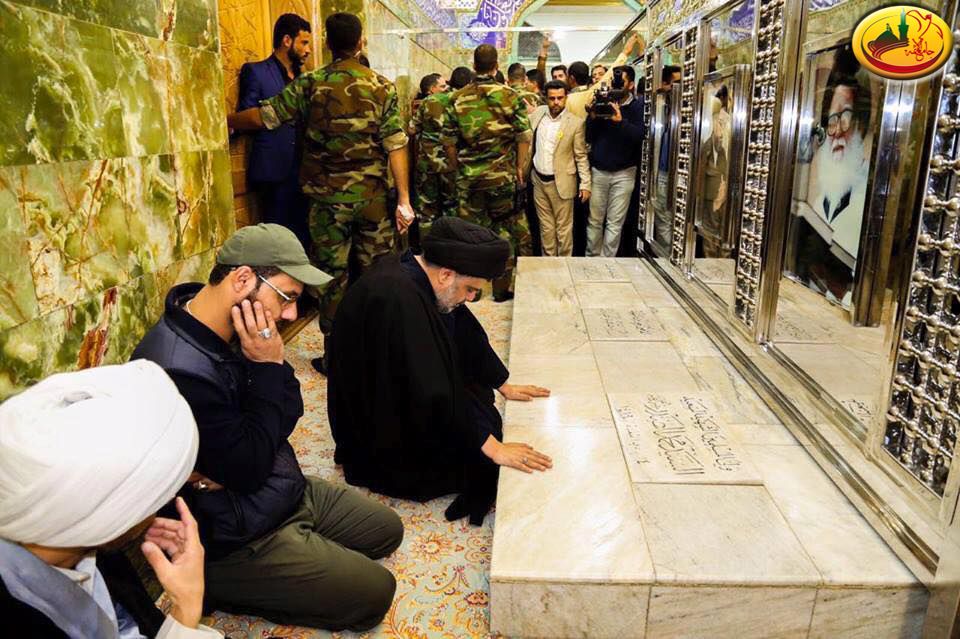 Shafaq News / Muqtada al-Sadr, the leader of the Sadrist movement, announced, on Friday, a strong rejection of peace agreements - normalization - between Israel and Arab countries, warning at the same time against taking a similar step in Iraq.

Al-Sadr said in the central Friday sermon, "From Abdullah Muqtada Al-Sadr to the enemy of God Binyamin Netanyahu, I warn you not to come to Iraq, and beware of opening an embassy in our country which will be your end”.

He added, "Then I address the oppressed in the east and west, and I say normalization is a humiliation and we will not forget the martyrs of the stones Revolution, Palestine is alive in our consciences."

The site uploaded a sentence in both Arabic and English saying"The Virtual Embassy of the Republic of Iraq in the State of Israel."

Earlier, a page appeared on  "Facebook" site titled;  "The Israeli Embassy in Baghdad," and it is likely that the two sites belong to the Israeli Ministry of Foreign Affairs.

Baghdad: Israel's policy is expansionist and tampers with regional stability

Iraq can serve as the first line of action in the battle against Israel, Iranian diplomat says