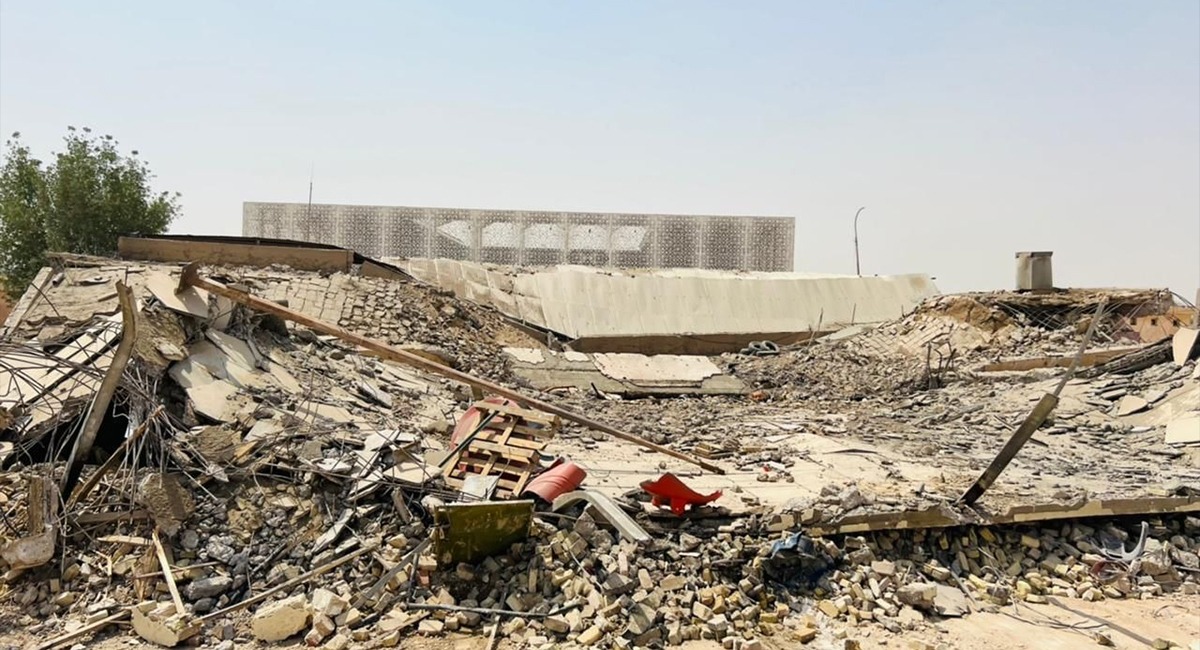 Shafaq News/ Saraya al-Salam (The Peace Companies) detained a cameraman and prevented journalists from covering an explosion that took place in an explosive devices factory in Najaf, a journalist rights watchdog reported on Monday.

The reporter of "Taghyeer" (Change) channel, Mohammad Razzaq, told Iraq's organization for defending press freedom that an armed group hindered him and his colleagues in One news, Tigris, Fallujah, Zagros, Iraqi News Agency, and Reuters from covering the incident that led to multiple casualties.

"The group detained the cameraman, Mustafa Walaa, seized his camera, and deleted its content before releasing him," he continued.

"The reporters left immediately after Walaa's detention and did not complete the mission," said Razzaq.

The Watchdog denounced Walaa's detention as "illegal and an infringement of the journalists' work in the country," holding the prime minister full responsibility for such deeds.

A spokesperson to the armed faction affiliated with the Sadrist movement refuted the media reports "claiming a weapons cache in a headquarters of Saray al-Salam in Najaf went off."

Murtada al-Bahadli said that a fire broke out in a hall inside the headquarters of the brigade, and the blast resulted from the explosion of an oxygen cylinder that belonged to the first aid teams.

" Media outlets spreading false news will be prosecuted," he continued.

At least five people were killed in the explosion at a military base run by Saraya al-Salam outside Najaf.

Explosions at weapons storage sites stores are not uncommon in Iraq during the summer, when temperatures regularly exceed 40°C. High explosives become volatile in extreme heat and rapid changes in temperature cause components to expand under pressure, making them more dangerous to handle.

Blasts at the height of Iraq's summer have previously hit storage sites belonging to militias of various loyalties, including pro-US Kurdish Peshmerga forces and armed groups backed by Iran.

A Brigadier-General dismissed for financially blackmailing a kidnapper