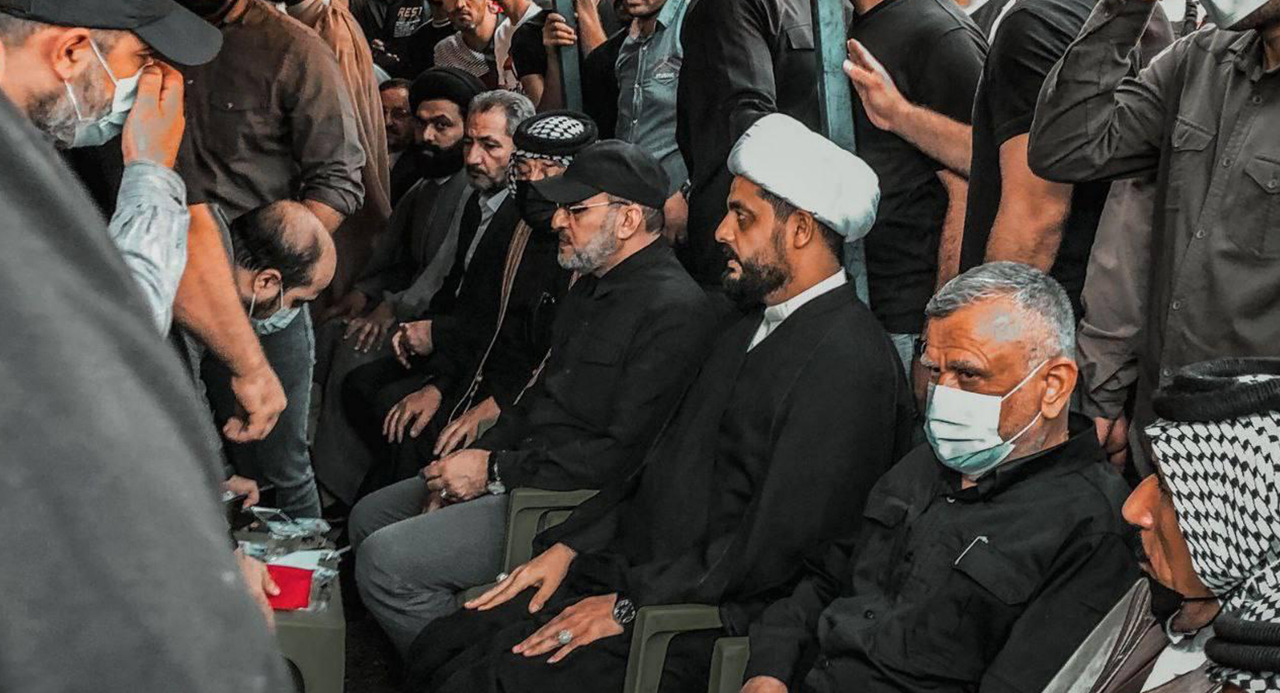 Shafaq News/ The leader of Asa'ib Ahl al-Haq admitted on Saturday, pledged to take revenge for "the blood of demonstrators."

Surrounded by his supporters, Kais Al-Khazali's said, "I swear, we will take revenge from those who shot fire at the demonstrators, as we did not fail to take revenge for the assassination of the Iranian Quds Force commander Qassem Soleimani and the deputy head of the Popular Mobilization Authority, Abu Mahdi Al-Muhandis."

Al- Khazali also threatened the caretaker Prime Minister, Mustafa Al-Kadhimi, saying that "he would pay the price" for the death and wounding of demonstrators in the vicinity of the Green Zone.

Earlier this morning, the Joint Operations Command, the highest-level authority in the Iraqi army, reported that the Commander-in-Chief of the Armed Forces directed to form a committee that includes members of the Popular Mobilization Forces to investigate the bloody events near the heavily-fortified Green Zone.

In a statement, the Command said that the Committee started its investigations to uncover the circumstances and repercussions that led to the deaths and injuries of demonstrators and security forces and to hold the abusers accountable for "neglecting and violating the orders of the Commander in Chief not to fire live bullets under any circumstances."

The statement indicated that Al-Kadhimi "also ordered to compensate the victims and to personally supervise the investigation work to achieve the right of the victims, who are all of our Iraqi people, and we love them."

Meanwhile, at dawn today, Saturday, a high-level government delegation visited the Secretary-General of the "Asa'ib Ahl al-Haq" Movement, Qais Khazali, to "contain the situation after the bloody Friday in Baghdad.

A statement issued by Khazali's office said that the visit aims to discuss the "ongoing efforts to form a committee of the security forces and PMF to investigate yesterday's massacre," pledging to him the seriousness of investigation in "uncovering those involved in these heinous attacks. ".

In turn, al-Khazali stressed the "importance of maintaining the relationship between the Popular Mobilization Forces and their brothers in the other security services, that it will not be affected by the illegal actions of political and military figures."