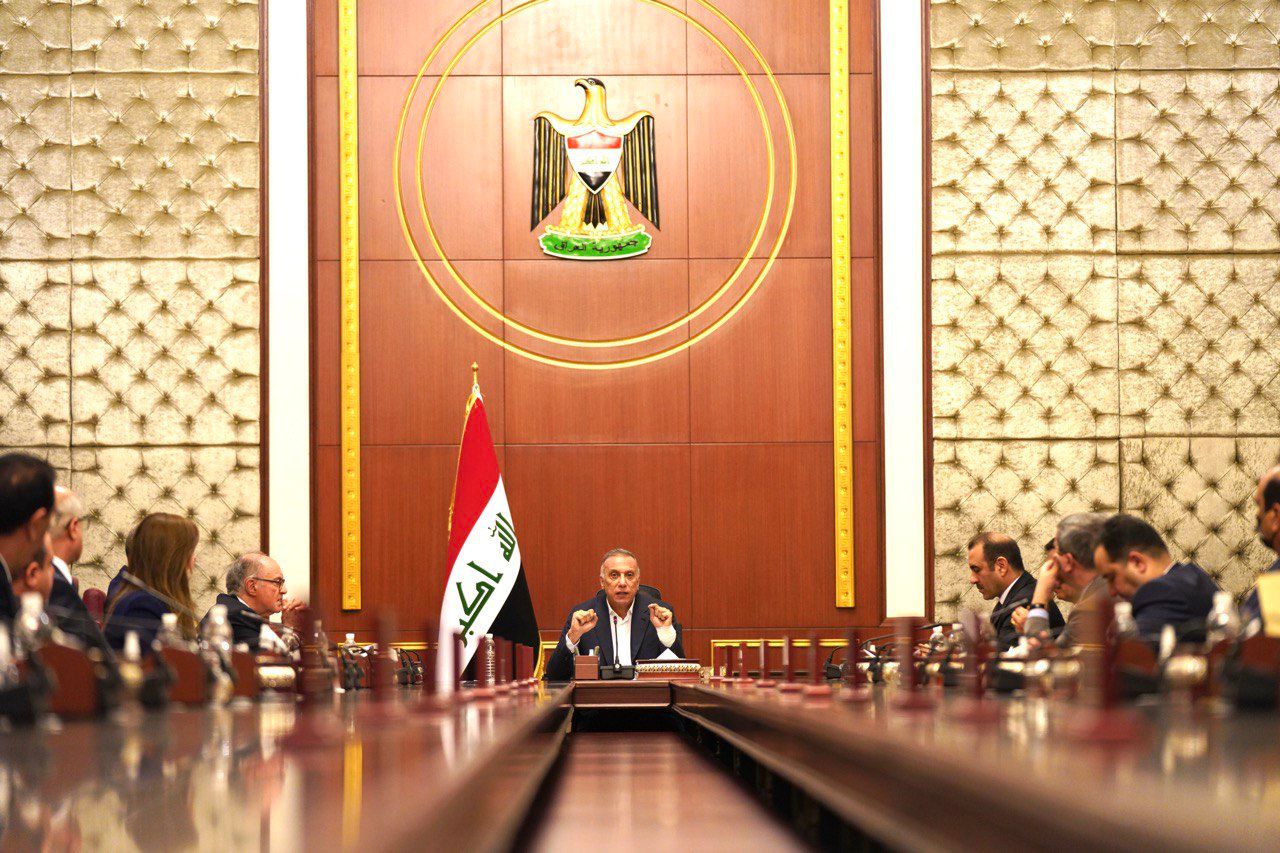 Shafaq News / The head of the caretaker government, Mustafa Al-Kadhimi, said that he knows the responsible for the assassination attempt he was subjected to, and will expose them.

Al-Kadhimi said in an extraordinary session of the Council of Ministers, "We will pursue those who committed yesterday's crime, we know them well and we will expose them, and the hand of justice will reach the killers of the martyr Colonel Nibras Farman, an officer of the Iraqi National Intelligence Service."

PM Al-Kadhimi added that his government prevented Iraq from, "slipping into a regional war", noting, "we maintained security in the country, but still, some are trying to tamper with Iraq's security and want it to be a gang state."

He indicated that he had instructed opening immediate investigation into the events that took place in front of the Green Zone on Friday, to put any trespasser behind bars and bring him to justice.

Al-Kadhimi on the National Dialogue: can bring closure to Baghdad-Erbil disagreements