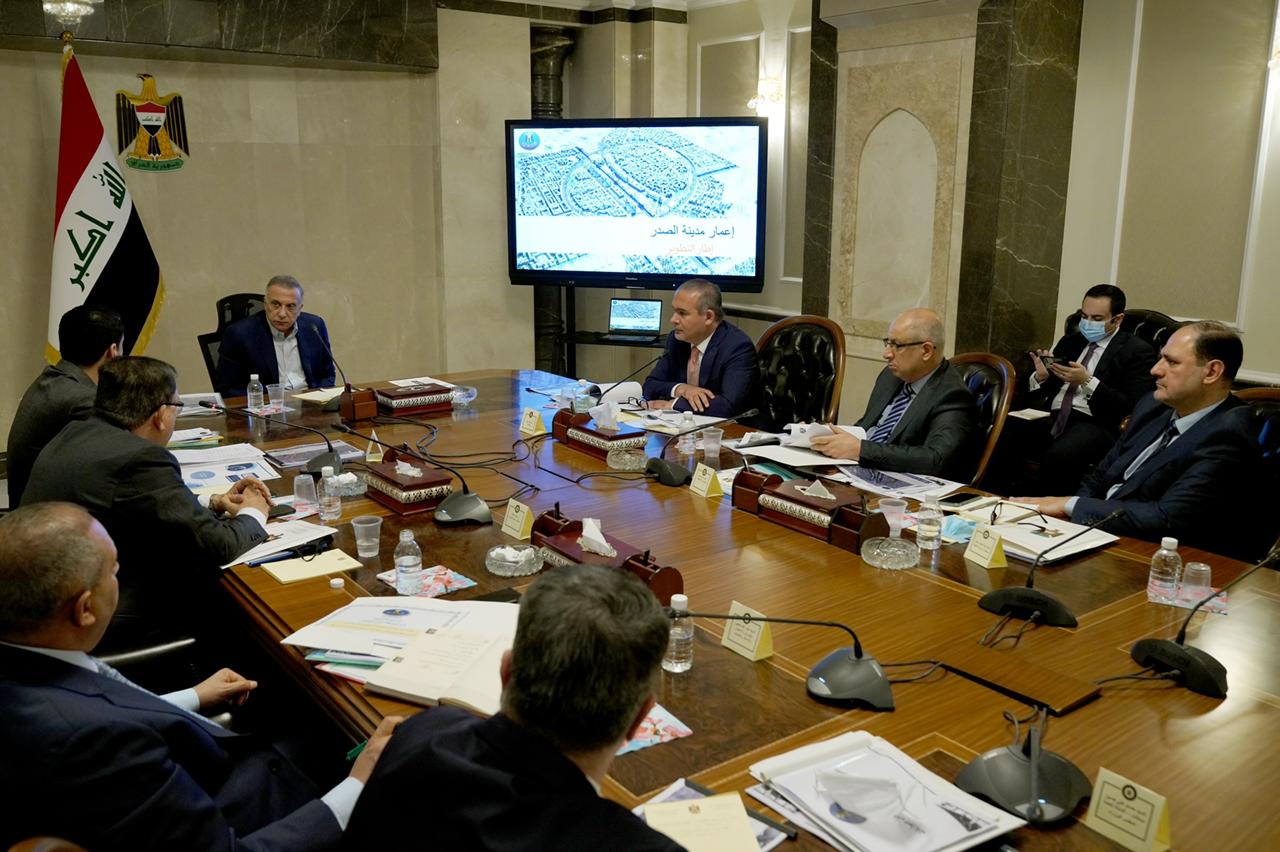 Shafaq News/ Prime Minister Mustafa Al-Kadhimi issued a series of instructions regarding the reconstruction of Sadr City, east of Baghdad.

Al-Kadhimi's office said in a statement that the latter chaired a meeting of the Diwani Order Committee (57) to discuss the reconstruction of Sadr City, and ordered to prioritize this file, following the tasks of the committee that was formed to reactivate reconstruction of in the city, away from neglect.

According to the statement, the meeting reviewed the submitted designs, which include more than 90,000 housing units, green spaces, service facilities, educational institutions, and a medical city.

The Chinese agreement will sponsor the project, according to the statement.

The US president to meet the Iraqi Prime Minister on Monday