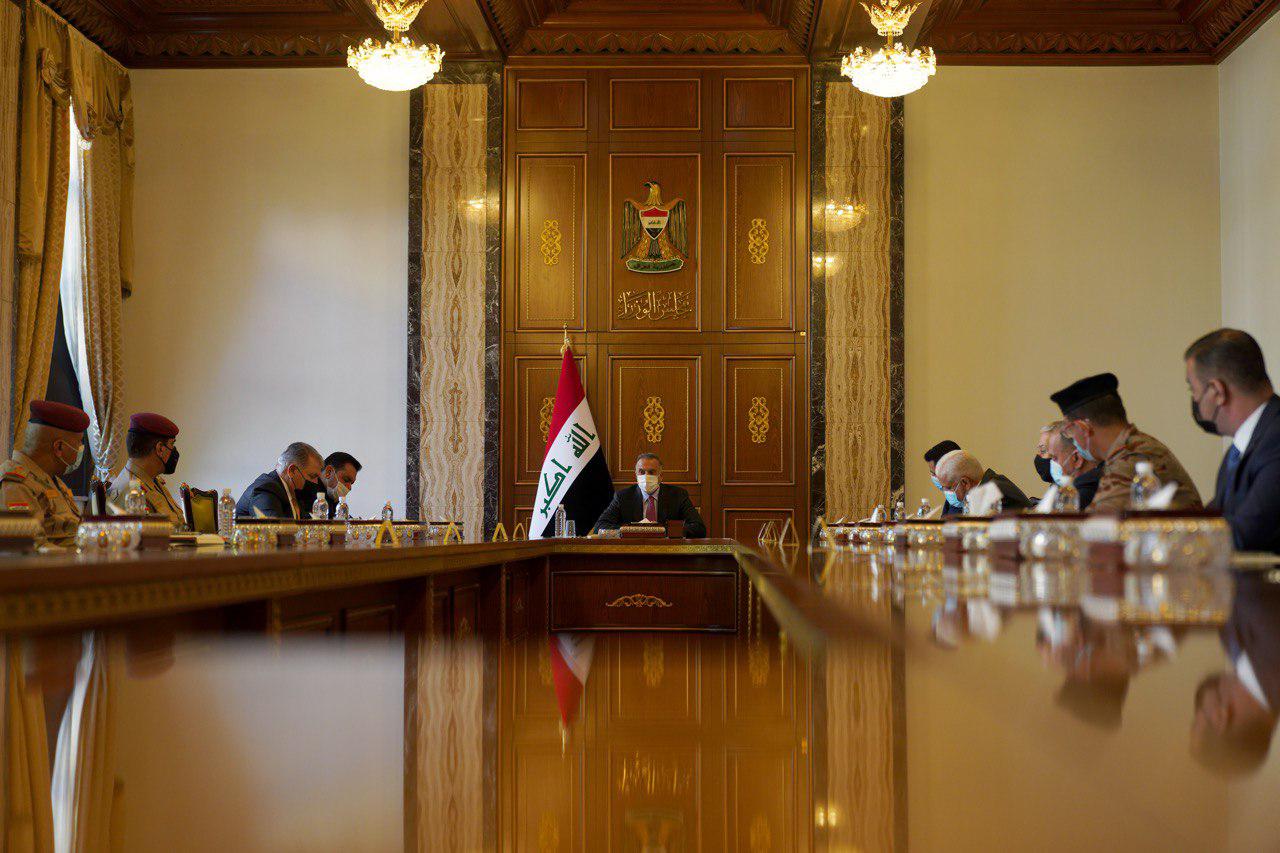 Shafaq News/ The Iraqi Prime Minister and Commander-in-Chief of the Armed Forces, Mustafa Al-Kadhimi chaired the first meeting of the committee that had been formed to investigate the targeting of diplomatic missions and the US-led coalition in Iraq.

“today, Iraq is leading a historical mission,” indicating that targeting the foreign missions rattles the international relations of Iraq.” Al-Kadhimi said a statement issued by his office.

The PM added that this committee is authorized to demand any information from any party, expecting to show results within 30 days. And that the outcome of Investigations will reflect positively on the prestige of the military officer's profession and the government.

He also stressed “no one but the state has the decision of war or peace.”

Early October, Al-Kadhimi set up a committee to investigate the targeting of diplomatic missions and US-led Coalition in Iraq, which is consisting of the security services, and the Security and Defense Committee in the Parliament.

this committee is headed by Qassem Al-Araji, National Security Adviser, and the membership of Falih Al-Fayyadh, Chairman of the Popular Mobilization forces, Abdul-Ghani Al-Asadi, head of the Iraqi National Security Service, and Abdul Amir Rashid Yarallah, Chief of Staff of the Army, as well as other military commanders and representatives in the Parliament.