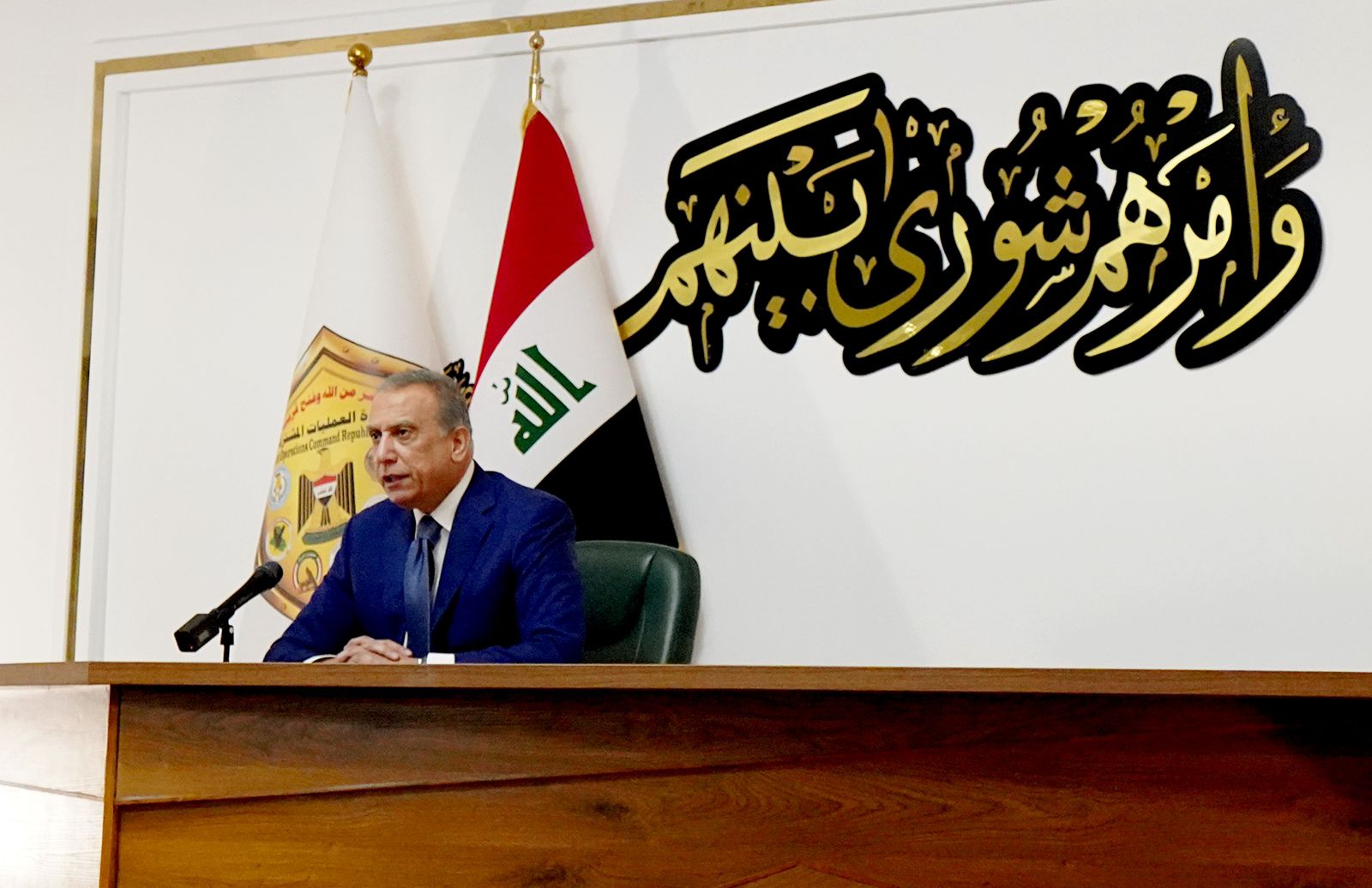 shafaq News / Iraq's caretaker Prime Minister, Mustafa al-Kadhimi, called on Iraqi parties to resort to dialogue and put a solution roadmap to get the country out of the current political crisis.

Al-Kadhimi said in a statement on Monday, "Great Iraqi people, honorable Iraqi leaders, our heroic security forces, demonstrating brothers. I am addressing you as we have entered the sacred month of Muharram, the month of sacrifice, patience, wisdom, and rationality."

"Our dear Iraq is seeing a tremendous political tension that may threaten dire consequences; god forbid if the wise do not interfere. While we have taken all necessary measures and actions to control the situation, maintain security, and prevent Iraqi bloodshed, we call on all parties to calm down and de-escalate to start an initiative for a solution on a national basis."

He said, "I call on everyone not to be lured into accusations of treason, hostility, and hatred between the brothers in the same homeland", adding, "I call on all parties to sit at the table of a national dialogue to reach a political solution to the current crisis under the roof of Iraqi synergy and the mechanisms of national dialogue."

"I say to the brothers in the demonstrations: Your message is clear, and your commitment to calm and organization is a duty and appreciated. It is now time to discuss the mechanisms of starting a reform project agreed upon by the various national parties. I am sure Iraq has enough rationality and courage to move forward with a national strategy to bring the country out of its current crisis."

The statement said, "the political forces must bear their national and legal responsibility. The caretaker government has carried out all its duties despite exceeding the time limit set by the constitutional timings to form a new government; which is a constitutional violation. With all that, we were and are still ready to provide all assistance to reach a solution satisfactory to all in a manner that preserves social peace, the stability of state institutions, and the interests of the people."

"From this standpoint and out of concern for the state and its institutions, to spare the Iraqi blood, and out of respect for the sanctity of these days; I call on all parties to adopt an atmosphere of calm and support state institutions through the following:

1- The demonstrating brothers must cooperate with the security forces, respect state institutions, evacuate them, and abide by public order.

2- The security forces must defend public and private properties and official institutions and prevent any attack on them by all legal means.

3- Call for national dialogue by forming a committee that includes all parties' representatives to chart a solution roadmap."